The past two years have been a roller-coaster ride for Sandhu. He was on an upward drift for much of last year and had reached his career-best ranking of 47 in April 2018. Just a few months later, his chances of continuing as a professional player came under a cloud.
IANS 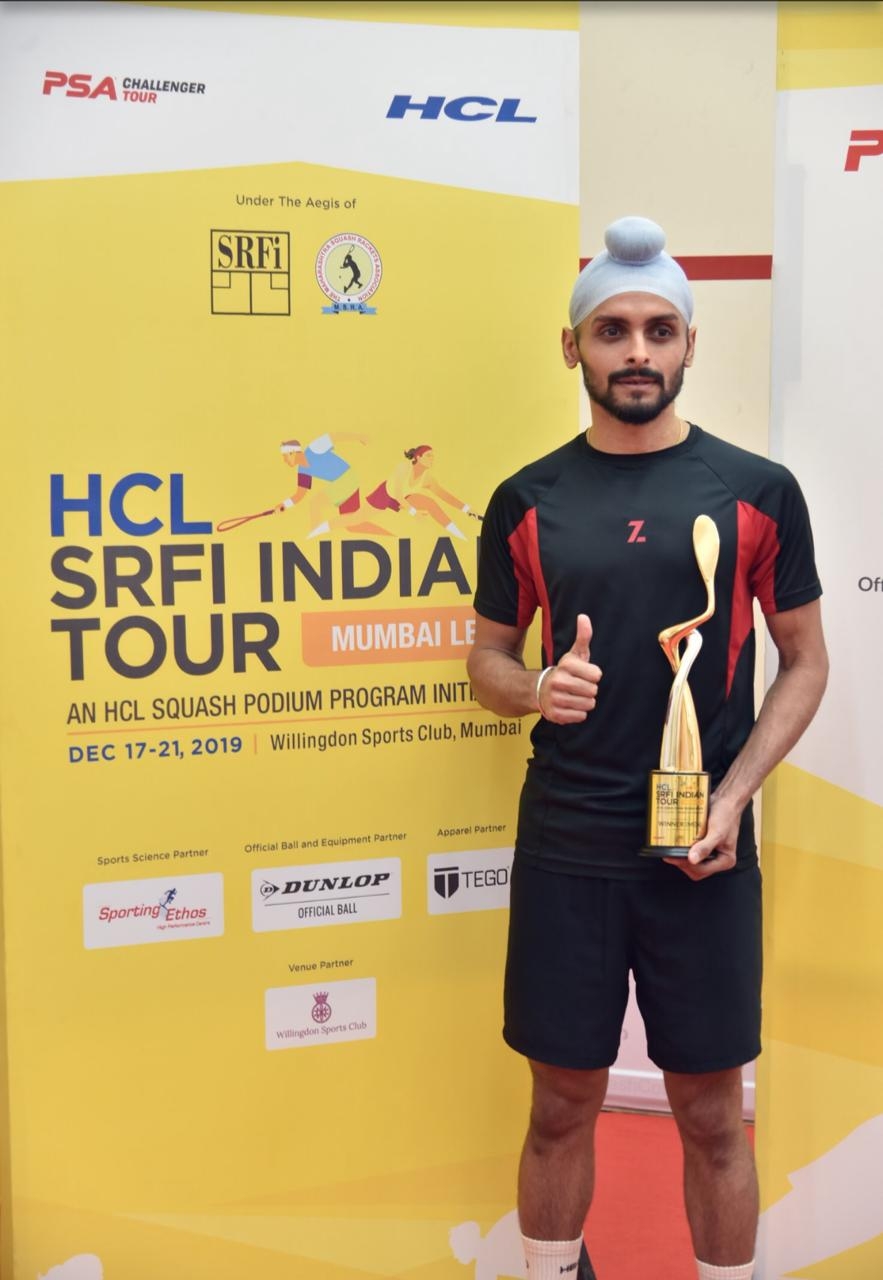 Around this time in 2018, returning to his career as a professional squash player was the last thing on Harinder Pal Singh Sandhu's mind. He needed help in doing the most basic things such as changing clothes and eating food. Standing up, sitting straight, sleeping or even breathing properly were all challenges.

Fast forward a year and the 30-year-old found himself with his biggest title to date. On Saturday, he beat Japan's Tomotaka Endo in the final of the Mumbai leg of the HCL-SRFI India Tour. It was his first win at a $20,000 Professional Squash Association tournament.

The past two years have been a roller-coaster ride for Sandhu. He was on an upward drift for much of last year and had reached his career-best ranking of 47 in April 2018. Just a few months later, his chances of continuing as a professional player came under a cloud.

Sandhu had suffered disk bulges, nerve impingements and scoliosis that caused his body to be curved towards the left and his left rib cage was pointing out. He says he never had any niggles or soreness before it all came crashing down during the senior nationals at the HCL headquarters in Noida.

"I don't remember which round it was but in the second game I felt like a nail was hammered into my back. Immediately I felt something snap. It just happened out of the blue, there was no niggles of any sort or any soreness in the body before that," he told IANS.

For the first three months of his recovery, Sandhu was at the Abhinav Bindra Targeting Performance Centre where he said that the doctors were trying to make him stand straight.

"They were trying to make me stand straight without any curve or pain. They tried to get me to touch my toes and basically just be normal again. Once my movements started getting better -- I could lift a glass from the table without any pain or curvature -- then I went to Chennai for my strength and rehab at Primal Patterns (run by former Indian cricket team fitness coach Shankar Basu)," he said.

It is these institutions that he gives credit for getting him back on his feet and the title he has won now. "It is because of all these places that I am able to play again. I started playing again from the Chennai leg of the HCL-SRFI India tour (in October) so this is my second tournament," he said.

The financial toll that injuries like these take was another aspect that he had to deal with. "Suddenly everything comes to a standstill. Instead of earning, I was spending a lot. For me to get better was the main priority instead of saving money for spending on things that don't matter right now. Whatever prize money I have earned, I used to that to pay for the strength and conditioning and rehab classes. For squash players life is a bit hard if we don't find sponsors," he said.

Sandhu did not take a complete sabbatical from the court. In May, he was appointed coach of the Indian team in the Asian individual championship in Kuala Lumpur, something that he described as a "life-changing experience."

He however is not thinking considering a shift in careers any time soon. "For me the main priority is to make it to the Indian team, win medals for the country. That (coaching) is an option but right now I'm going to give one last push as a player. I want to play with whatever I have got for how much ever years I can," he said.

Sandhu said that he was just taking every match by its merit on his comeback trail and was not allowing his low world ranking to come in the way. He is currently placed 177 on the PSA World Rankings.

"I just wanted to get through each match feeling physically and mentally confident. Every player wants to win when they play at their home country or wherever they play a big tournament. Nowadays everyone is physically strong and pushing each other. Your ranking hardly matters, it is just a matter of a good half an hour or 45 minutes where anyone can take the game. So for me, it was just about hanging in there. I don't know for how long I would be able to play especially after this injury. I was just trying to be mentally relaxed," he said.

Recovering from a career-threatening injury such as one that he had is as much a mental task as it is physical. Sandhu however says that concentrating on the physical aspect of it keeps him focussed on the task at hand. "I'm just taking it tournament to tournament. I'm just getting more confident in my movements and strength. Just that after every tournament I have to go to a rehab phase because injuries like these can happen again any time. The moment I feel weak, the moment my lower body feels weak, then it will become tough," he said.

"Now (the game) it is all about strength and we do a lot of quick movements. So it will always be at the back of my mind. The more I play, the more confident but I have to remember not to keep my rehab take a back seat. If I don't make that a first priority, I won't be able to play for long. A little bit of fear will always be there. I have to understand that I cannot be the player I was before. A lot has changed, the way I play, the way I move. I just have to be very careful in every way."