Doha: Cameroon football federation president and former star player Samuel Eto'o apologised for kicking a man to the ground in what he called a "violent altercation" outside a World Cup stadium early on Tuesday.

Eto'o had paused to pose for photos with fans near Stadium 974 after Brazil beat South Korea 4-1. A video originally posted on social media by newspaper La Opinion showed him then reacting to comments by a man holding a camera. 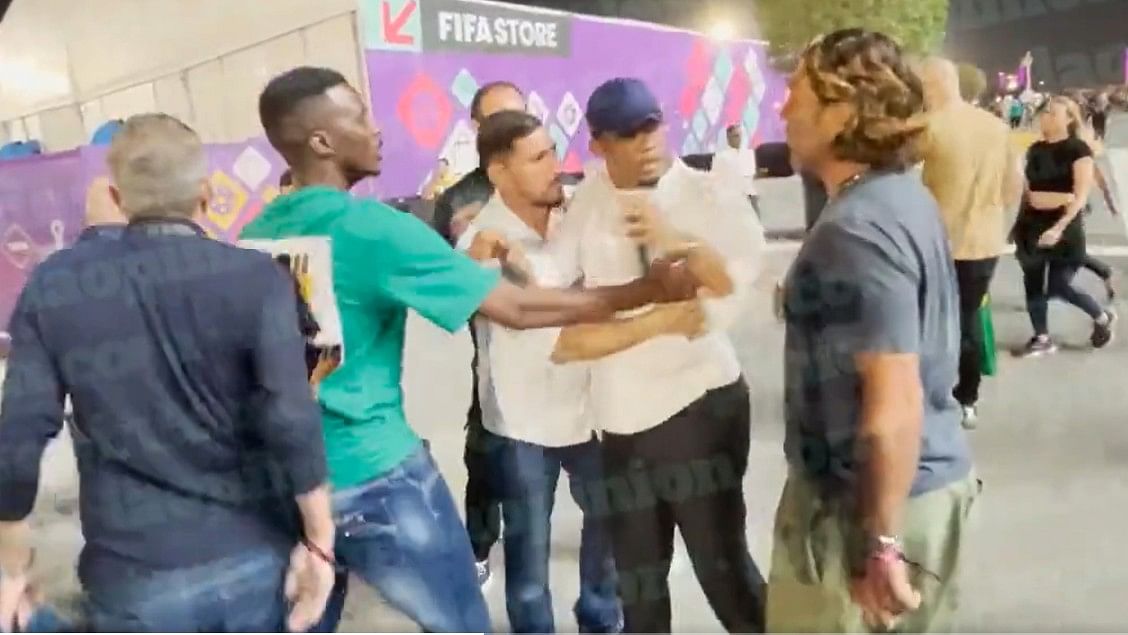 The former Barcelona and Inter Milan forward was initially held back by people in his entourage, but he then got clear and appeared to aim a kick at the man, who fell backwards to the ground.

"I had a violent altercation with a person who was probably an Algerian supporter," Eto'o wrote in statements posted in French and English on his Twitter account, citing a months-long campaign by that country's fans against Cameroon since their World Cup playoff in March.

"I would like to apologise for losing my temper and reacting in a way that does not match my personality," said Eto'o, who has represented Qatar's World Cup organising committee as a Global Legacy Ambassador since 2019.

The man, Algerian social media personality Said Mamouni, later published a video on YouTube saying he was the person who was attacked, and that he was at a Qatari police station to file a complaint against Eto'o.

"Samuel had a fight with me. He hit me, and the one accompanying him pushed me. I'm here to lodge a complaint and he also smashed my camera," Mamouni said.

He said that Eto'o became violent after Mamouni asked him whether he had bribed Gambian referee Bakary Gassama in a controversial World Cup qualifying game between Cameroon and Algeria. Cameroon won the second leg 2-1 in the final moments of the match and qualified for the World Cup on the away goals rule.

Algeria's soccer federation filed a complaint with FIFA, soccer's governing body, demanding a replay of the match because of what it deemed were referring errors made by Gassama. FIFA dismissed the complaint.

But Algeria's grievance also carried over to the Cameroon team's first official news conference in Qatar, one day before playing Switzerland. An Algerian reporter's question to Cameroon coach Rigobert Song about having "bought qualification" wasn't answered.

Eto'o has been in Qatar as head of the delegation from Cameroon, which was eliminated in the group stage last week.

"I have been the target of insults and allegations of cheating without any evidence," he wrote on Tuesday.

"I pledge to continue to resist the relentless provocation and daily harassment of some Algerian supporters." Eto'o is part of the FIFA Legends program that uses former players to promote football and it was unclear in what capacity Eto'o attended the game Monday night.

Qatari organisers of the World Cup said Eto'o hadn't been their guest at the game.

Qatar's government did not immediately respond to questions about the incident.

Eto'o played at four World Cups for Cameroon between 1998 and 2014, and was elected to lead its soccer federation one year ago.

He called on Algerian soccer officials "to put an end to this unhealthy climate before a more serious tragedy occurs." "To Fennecs' fans," he said, noting the Algeria team's nickname, "I wish that they find peace and manage to overcome the disappointment of a painful defeat, now behind us." 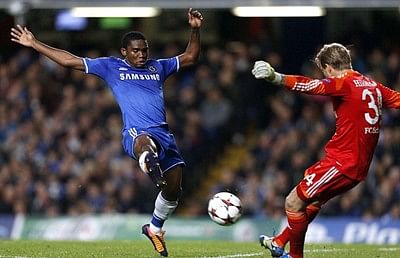