Awestruck or 'sunstruck'? The unbearable heat is on in Tokyo 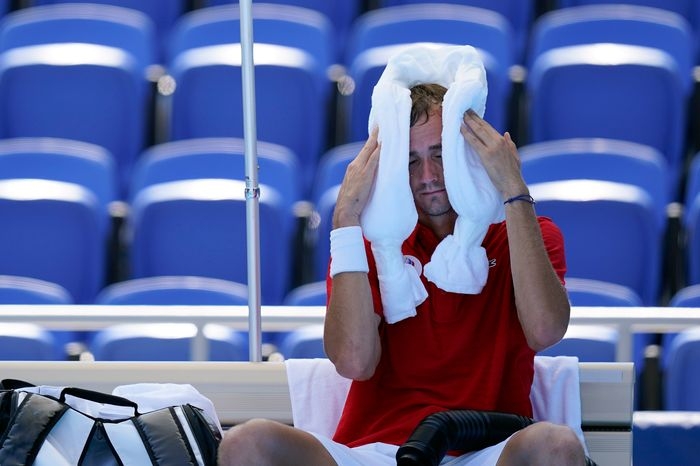 New Delhi, July 26: "With many days of mild and sunny weather, this period provides an ideal climate for athletes to perform their best."

The quote from Japan's official proposal to host the Olympics hasn't aged well. Before the start of the Tokyo Olympics, organisers maintained that the weather in the capital will be ideal for athletes to play at their best.

Well, that is not the case as of now. Incredibly hot and humid days are a big cause of concern for athletes, especially the ones competing in outdoor events.

The last time Tokyo hosted the Olympics was in 1964. They were held in October to avoid the conditions which are causing problems in 2021.

A few hours before the opening ceremony on Friday, the effects of Tokyo heat on the mega event resurfaced. Russian archer Svetlana Gomboeva was competing in the women's ranking round and was checking her scores when she fainted. When asked for the reason behind the fainting, chief doctor, Andrei Zholinsky, said Svetlana had suffered a sunstroke.

Tennis players Novak Djokovic and Daniil Medvedev, after playing their first-round matches in men's singles, described the weather conditions as "brutal" and "some of the worst heat I have ever had". Canadian cyclist Michael Woods marked the heat as "exceptionally significant" while competing in the men's cycling road race on Saturday.

The above incidents have brought to the fore the risk of heat-related illnesses caused by the scorching sun in July and August. Apart from the heat, unusual weather patterns were always going to be a cause of concern.

For example, individual archery matches have been pushed from Tuesday morning to noon. The rowing events have been rescheduled for later in the week due to a tropical storm Nepartak hitting the city on Tuesday.

But the issue concerning athletes at the Olympics has been the sweltering heat. Apart from COVID-19 scare, heat wave looms in the country. In 2018, a deadly heat wave gripped Japan, causing 138 deaths and hospitalisations of above 71,000.

In late 2019, the International Olympic Committee (IOC) moved the venue of the marathon and walking events from Tokyo to Sapporo's Odori Park. Sapporo is a city on Japan's Hokkaido Island. The move was done to avoid a repeat of the images of marathon runners collapsing in the heat and humidity of the World Athletics Championships in Doha in September 2019.

Whatever it is, be it rain or sunshine, it is the athletes who are facing the brunt of the conditions on the ground.