Melbourne: Swiss tennis maestro Roger Federer on Tuesday made it to the semi-finals of the ongoing Australian Open.

The world number three came out all guns blazing and dropped just three games in the first set, winning it comprehensively.

However, Sandgren staged a remarkable comeback and won the next two sets to take the match in his favour.

With his back against the wall, Federer showed his class and won the next two sets to enter the semi-finals of the tournament.

The world number three has now entered his 15th semi-final of the Australian Open.

Watch the video below!

Earlier, during the match, Federer uncharacteristically swore after dropping points against Sandgren. Chair umpire Marijana Veljovic faced no qualms about calling out Federer for a code violation for swearing. Even after complaints from Federer, she maintained her control and did not move away from her decision.

After this incident, Twitter did not waste much time in praising her.

Read Also
‘Marijana is not here for your complaints’: Twitter lauds chair umpire after she stands up to... 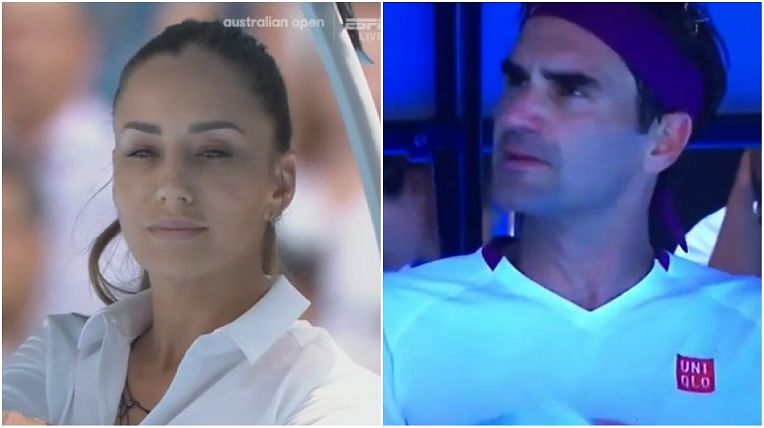 He has also become the oldest player since Australia's Ken Rosewall in 1977 to make it to the semi-finals of the tournament.

If Sandgren had won the match, he would have become the lowest-ranked player (100) to reach the Australian Open semi-final since 114 ranked Patrick McEnroe of the USA in 1991.

Later in the day, Novak Djokovic will take on Milos Raonic in the quarter-final.

The-38-year-old suffered an early hiccup as he went down in the first set 4-6. However, he bounced back in the second set and outclassed his opponent 6-1. The Swiss star looked in sublime form in the third and fourth set and won the match 6-2 and 6-2. WATCH: Iftikhar Ahmed smashes Wahab Riaz for 6 sixes in an over in PSL exhibition match