Australian Open: For Dominic Thiem, Big 3 'not far away'

Dominic Thiem said there are only "small details" between himself and tennis's Big Three and he's convinced a breakthrough is imminent after losing the Australian Open final Sunday to Novak Djokovic.
FPJ News Service 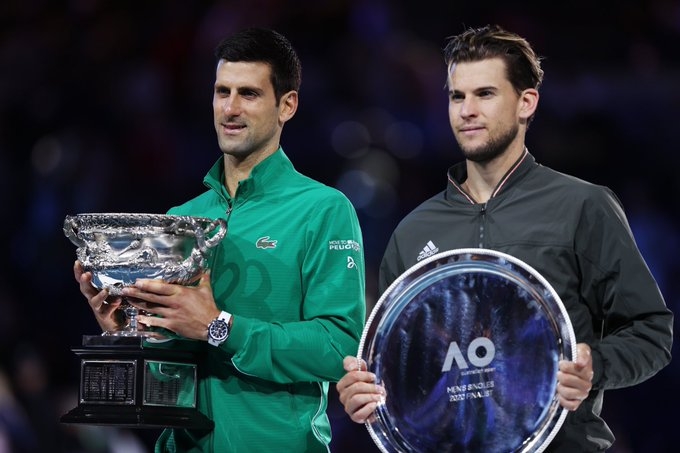 Dominic Thiem said there are only "small details" between himself and tennis's Big Three and he's convinced a breakthrough is imminent after losing the Australian Open final Sunday to Novak Djokovic.

The courageous Austrian enjoyed his best ever tournament at Melbourne Park, taking down four seeds, including Rafael Nadal, to reach the decider. "I think it's only small details. In the last two finals — US Open and here — it was really close. It could have gone either way for Daniil in US Open (against Nadal) and for me here," he said, referring to Medvedev's five-setter with Nadal at Flushing Meadows.

"It takes nothing more than just little bit of luck, little details here and there. Maybe if I converted the break point in the fourth set, maybe I'm sitting here as a winner. It just takes hard work," he added.

"Me and also the other young players have definitely the potential to win a Slam."

He is supremely fit and regarded as one of the fastest movers on court, with a one-handed backhand that generates heavy spin and a power-packed forehand.

He said he had taken a lot from the Australian Open. "I didn't have easy matches, especially from the quarters on. Beating Rafa in over four hours (in the last eight), then two days later going back out again against Sascha (Zverev),"

"Unbelievably intense, close match. Then two days later going out again against Novak, who won the most titles here and again played on a very high level.

"I'm very aware and sure now that I can play on a very high level for a full Grand Slam ... it makes me very confident for the next big tournaments which are coming up."