Adelaide: Pat Cummins' first match as Australia ODI captain was successful as they beat England by six wickets on Thursday at Adelaide Oval.

Adding the ODI captaincy to his Test duties following Aaron Finch's 50-over retirement last month, Cummins and Australia were impressive in going 1-0 up in the three-match series.

After choosing to field first, Australia kept England to 287-9 despite a century from Dawid Malan. England's total always appeared below par.

A nice way to start!

We take the first Dettol ODI by six wickets after fifties to Warner, Head and Smith #AUSvENG pic.twitter.com/Rl8VlBwjS7

"We came in here really fresh after a week (off after the exit at the T20 World Cup) and keen to come back into it," Cummins said.

"Classic Smithy has been working the house down in the nets so to be fluent from ball one was awesome. We know his class." Smith was left out for all but one game of the recent Twenty20 World Cup.

Warner appeared set to score his first international century since January 2020 but was caught in the deep.

Earlier, Malan responded to missing England's T20 World Cup triumph over Pakistan in the final on Sunday by smashing a career-best 134. His second ODI century helped England to a respectable total after the visitors were in early trouble at 66-4.

England opted not to risk Malan for the T20 final at the Melbourne Cricket Ground as the left-hander recovered from a groin injury. But the No. 3 played a lone hand for the tourists against an Australia attack determined to bounce back from a disappointing early World Cup exit.

Cummins (3-62) removed opener Phil Salt and No. 4 James Vince in quick succession to have England reeling, while Mitchell Starc bowled Jason Roy with an in-swinger. Malan was able to drum up enough support to rebuild England's innings.

The teams play again on Saturday in Sydney and next Tuesday in Melbourne. 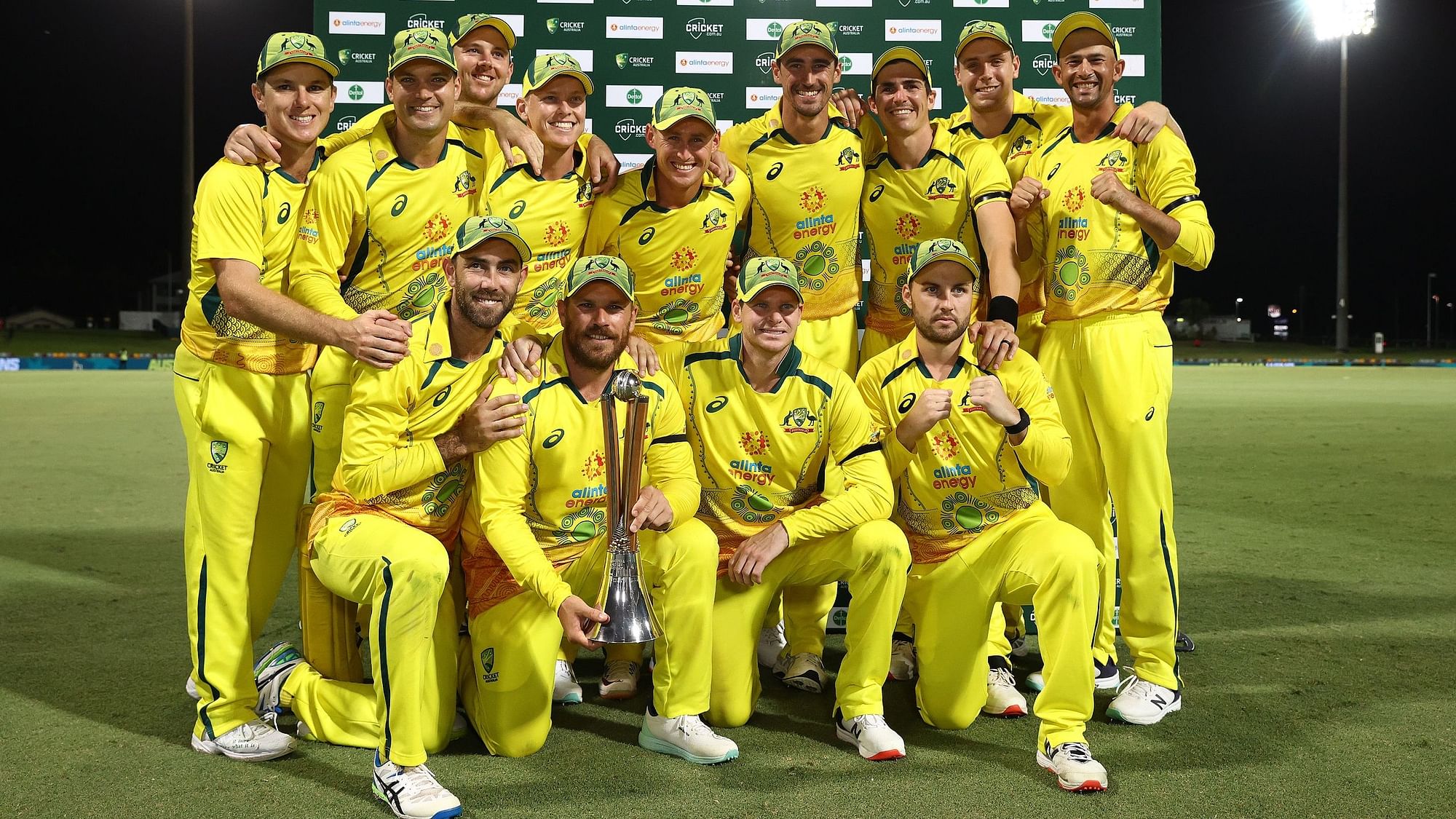