Ali bids adieu to Tests, says intensity is too much 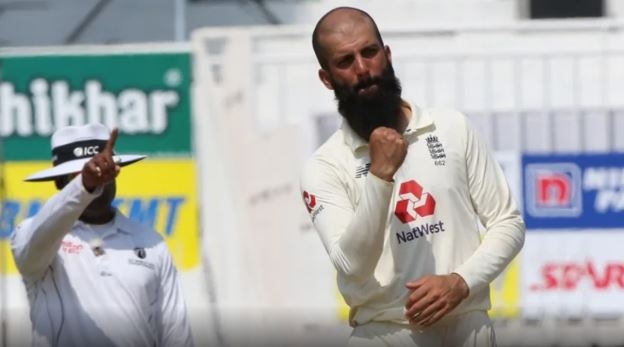 London: England's spin bowling all-rounder Moeen Ali on Monday announced retirement from Test cricket to prolong his career in white-ball formats, saying he is "content" despite the widespread belief that he could have achieved a lot more.

Besides his five centuries with the bat, Ali has taken 195 wickets with his off-spin bowling at an average of 36.66 since his Test debut in 2014.

"Test cricket is amazing, when you're having a good day it's better than any other format by far, it's more rewarding and you feel like you've really earned it."

"I will miss just walking out there with the lads, playing against best in the world with that feeling of nerves but also from a bowling point of view, knowing with my best ball I could get anyone out.

"I've enjoyed Test cricket but that intensity can be too much sometimes and I feel like I've done enough of it and I'm happy and content with how I've done."

Ali, who has not played a lot of Test cricket since the 2019 Ashes, was recalled for the recent home series against India. He was apparently not comfortable with the thought of staying away from family for extended periods.

He had made up his mind even before the COVID-19 protocols were shared with the England and Wales Cricket Board (ECB) for the Ashes tour to Australia.

According to a press release issued by England and Wales Cricket Board (ECB), Ali hopes that his Test career will inspire and open the door for other British Muslims to play for England.

"I know he wasn't English but someone like Hashim Amla, when I first saw him, I thought if he can do it I can do it, it does take that little spark.

"I'd love one day in 8-10 years' time to say Moeen made it easier for me. There have been guys before me who made it easier, so you hope to open the door for someone else."

He is currently in the UAE, playing for Chennai Super Kings in the IPL.

He remains a part of England's plans for the upcoming T20 World Cup in the UAE and Oman.

Only James Anderson and Stuart Broad took more Test wickets for England in Ali's time in the side, with the spinner the 12th greatest wicket-taker globally in that period.

As a spinner, his finest period came between 2017 and 2019. In 2017, he took 26 wickets at 15.64 against South Africa, claiming a famous hat-trick at the Oval. The following summer he collected 32 wickets across six Tests on tour against West Indies and Sri Lanka.

Ali was on the verge of becoming only the 15th player in Test history to score 3,000 runs and claim 200 wickets when the fifth Test against India was cancelled owing to COVID-19 threat.

Playing at every position from No.1 to No.9, it was with the bat that Ali first earned national selection and in 2016 he showed why so many experts rated him highly, making 1078 runs at 46.86 for the calendar year.