The Indian biker concedes he cannot win the rally, but wants to finish in the Top 20 at least.
PTI 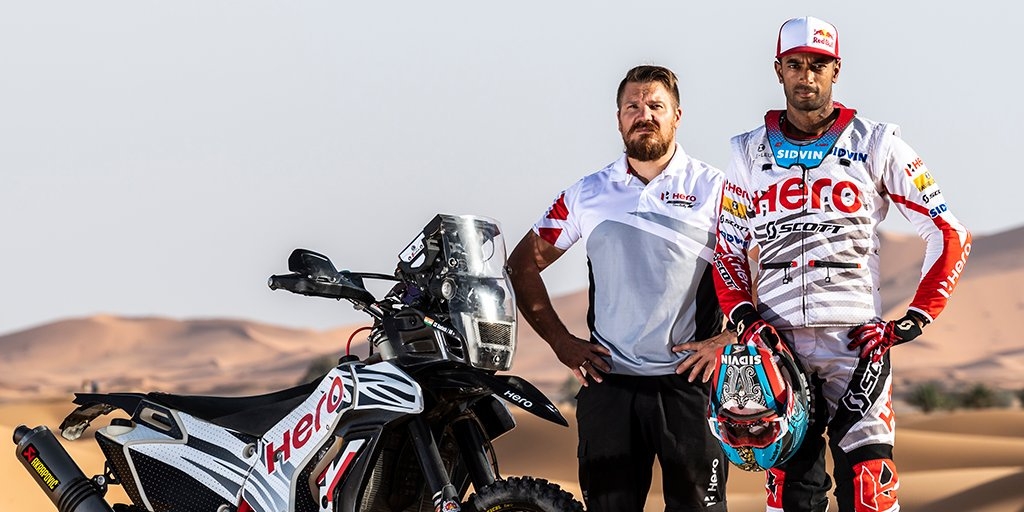 Well aware of his limitations, India's top rider CS Santosh believes a top 20 finish in next year's Dakar will be as good as winning the world's most gruelling off-road rally that will move to Saudi Arabia for the first time.

This will be the 35-year-old Indian's third outing at the off-road endurance event. He finished 34th in his debut season in 2018 but suffered a nasty crash to bow out of the 2019 edition.

"A guy like me is never going to win the Dakar but I can be one of the best guys in the world," Santosh told PTI.

"Over the years I have competed, I've had some really good stage times -- top 20 stage times -- which is really good. If I can figure among the top 20 it is like winning Dakar. That's the first mountain that I want to climb and from there we can see where I want to go," he added.

The route of next year's Dakar in Saudi Arabia will explore the vast expanses of the country. The riders, drivers and crews will be facing a total of 7,500 km, including 5,000 km of specials, five of them longer than 450 km.

The rally will conclude 12 stages later in Qiddiyah near the Saudi capital of Riyadh.

"We are apprehensive about the number of kilometres we have to cover, almost twice as much as last Dakar. When you do that many kilometres on the limit, you got to be smart and sensitive to the position," Santosh said.

Meanwhile the newest edition to the Hero MotoSports team, Goncalves, who brings with him over 12 years of rally-racing experience, feels the team has shown positive results recently.

"We have to keep a balance between navigating our way and speed. The whole team is focused on better results this year and pre-season testing has been very positive. So, I'm feeling strong for this season and I hope we make history together," the former World Rally champion said.

With just three Dakar rallies under it's belt, the Hero MotoSports has emerged as one of the top teams in international motorsports arena boasting of two back-to-back top 10 finishes and a 100 per cent arrival rate for the machines.

For Hero Motosports, this season has been a significant one so far. While the team has consistently improved it's performances with each passing year, 2019 saw it staking claim on the podium.

In 2019, Hero Motosports team has won the Pan Africa Rally, besides two podium finishes (Merzouga and Desert Storm), four stage wins (one in Silkway Rally, two in Pan Africa and one in Rally Du Maroc). The side also registered six stage podiums (Silkway Rally) this year.