Aditi among the stardom on greens: Solid start by Bengaluru golfer as she is placed second ahead of big names 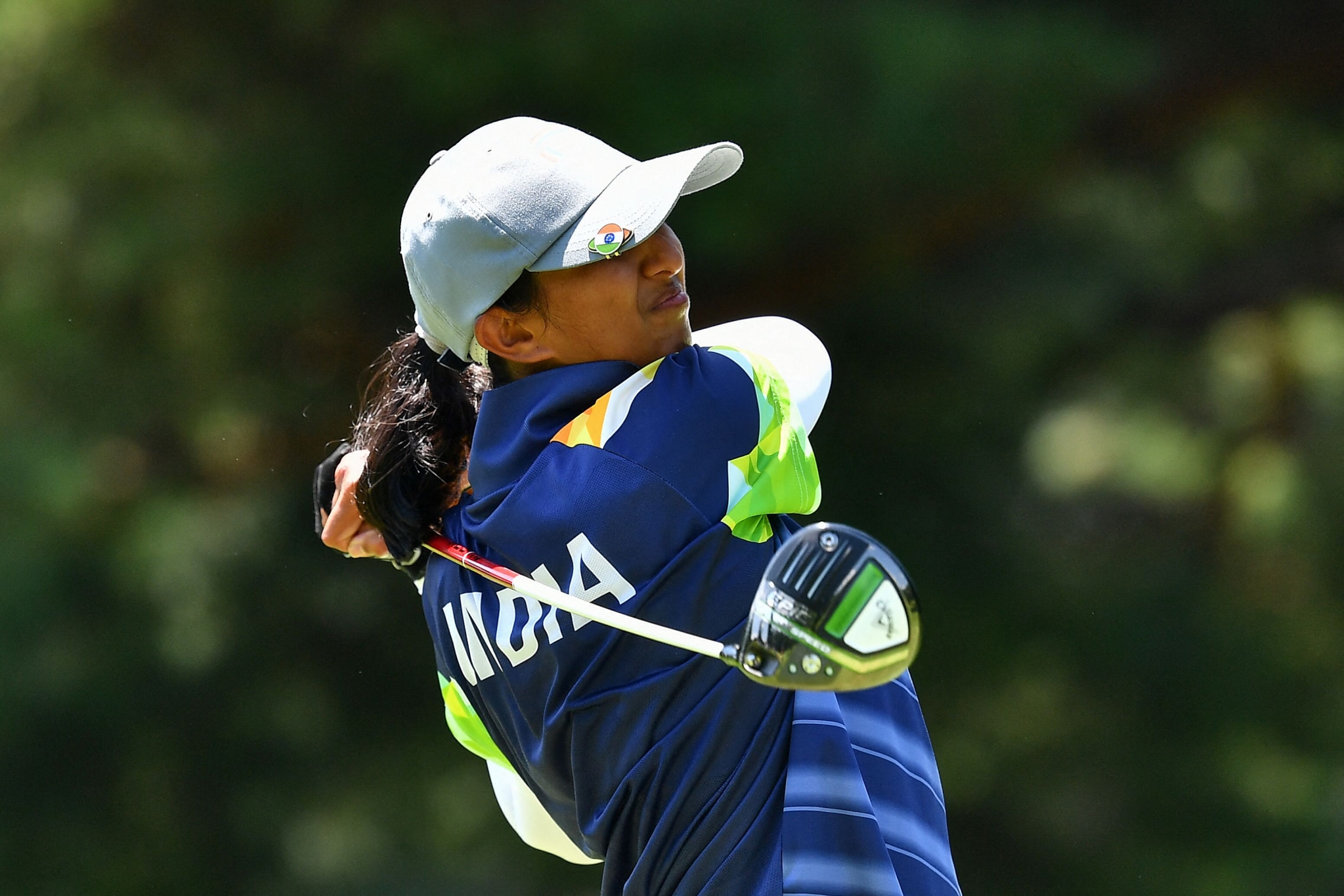 Tokyo: The 23-year-old Aditi Ashok who ranked 200, is on top among star-studded leaderboard in the second spot at the Kasumigaseki Country Club golf course at Tokyo Games on Wednesday.

The youngest golfer at the Games, Aditi is tied second with world number one Nelly Korda in the first round.

She was one shot behind the leader, Madalene Sagstrom of Sweden, who shot 66.

Aditi may well have had a share of the lead but for a bogey on the 18th hole.

"I think I played better than I expected today because I had a lot of hybrids into the greens, so I didn't really expect to be like 5-under through 17," Aditi said.

While Sagstrom shot a bogey free five-under 66, Aditi had five birdies against one bogey and that on the closing hole.

She was placed well ahead of some big names in women's golf, including the formidable defending champion, Inbee Park (69).

India's other entrant in the field, Diksha Dagar (76) had a rough start in her maiden Olympics as she had five bogeys and no birdies to lie at the tied 56th spot.

The 60-player field will play 18 holes each day and there will be no cut, so all players get to play 72 holes.

On the back nine, she added birdies on the 13th from 15 feet and another from almost 18 feet on 17th.

In between, she had another birdie on 14th from under three feet after a superb approach. Placed at 5-under she bogeyed the last after missing a par from under seven feet.

"But, I kind of holed some (good) putts and holed important par putts as well which kept the momentum. So, yeah, it was a good day," she said.

Five years ago when Aditi got into the Olympics, her father, Ashok, was on the bag and this time around it is was her mother, Maheshwari, who has been a big influence on her.

"Yeah, my mom, she's caddying for me. Last time I had my dad on the bag, so the experience was just so incredible. I was like I want to have my mom next time and I made good on that promise," Aditi said.

Aditi said she was a rookie last time but now has the wealth of experience.

"...I just finished my high school exams and then I was at the Olympics in two months. But this time I think definitely a lot more experience, just playing on the LPGA the last five years makes you way better as a player than I was at Rio.

"And I think the Olympic experience was, I didn't finish as well as I wanted to last time, but just seeing the effect that it had on golf in India was inspiring and that's kind of what motivated me for this one as well."

The 23-year-old from Bengaluru, who has 18 Major appearances, had attracted global attention with a start of 68-68 in the first two rounds at Rio, but then faded to T-41st.

Among others, South Korea's world number two Ko Jin-young , Finland's Matilda Castren and Spaniard Carlota Ciganda were tied fourth after all three carded 3-under 68 each.

The South Korean team also boasts of the reigning Olympic champion Park Inbee (69) and World No. 4 Kim Sei-young (69) who are Tied-7th and sixth-ranked Kim Hyo-joo (70) who is T-16th.

New Zealand's former World number one Lydia Ko (70) was four behind the leader, while Thailand's Ariya Jutanugarn, a double major winner, stumbled to 77 with six bogeys and is tied for 58th in the 60-player field.