Legendary cricketers Chris Gayle and AB de Villiers have become the first two players to be inducted into the Royal Challengers Bangalore's Hall of Fame.

Former RCB skipper Virat Kohli made the announcement about the inductions of his two dear mates.

"AB has truly changed the game of cricket with his innovation, brilliance, and sportsmanship which truly defines the RCB Play Bold philosophy," Kohli said in a statement posted on the franchise's website.

While South African great de Villiers had been an integral part of RCB from 2011 to 2021, dashing left-handed batter Gayle from West Indies was with the franchise for six years.

De Villiers, who had joined the induction virtually, gave an emotional message to everyone in the team camp.

"To the RCB boys sitting there, what an amazing privilege. Quite emotional to be honest," he said.

"Virat, thanks for the kind words. Mike (Hesson), Nikhil, everyone from the franchise who set this up, it's a really special touch. We had some amazing times together as a team, and the sun has moved on for Chris and I now, but we're still very much part of the family and will always be.

"So yes, thank you very much for the very special touch. Faf and the guys sitting there, Virat and the guys that know me really well for many years know how special stuff like this is to me. You guys know how much of an amazing journey I had during the IPL, especially with my RCB family, and how it changed my life. So, huge privilege to be part of this. I don't have enough words to thank you for this touch."

West Indies batting stalwart Gayle, who has played for RCB from 2011 to 2017, said: "I want to thank the RCB family for the opportunity, for everything. It's been really special to me as well. And to be inducted is something fantastic, and I will always keep RCB close to my heart.

"I share a lot of memories with some special players, some special coaches as well. It's been really, really fantastic. And to Virat, thank you for the kind words as well, fantastic sharing the dressing room with you guys as well." 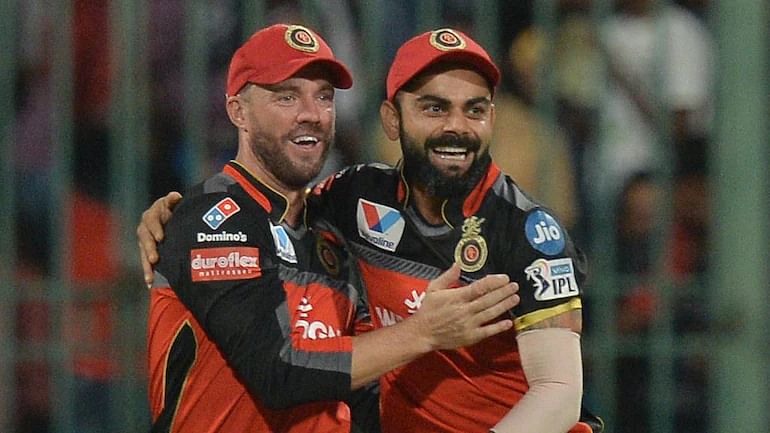