Astrologers predicted 2020 would be a good year; how did they not predict the arrival of coronavirus?

American astrologer Susan Miller of Astrology Zone even predicted in January 2020 that it will be a great and prosperous year for mankind! She had a feel-good nugget for each ear
Sumit Paul 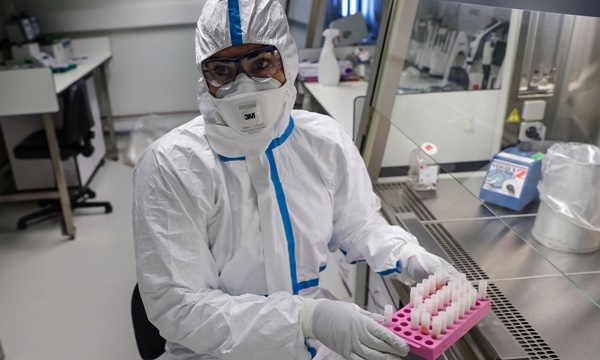 Why couldn't astrologers predict the pandemic? |

Can an obituary be written about astrology in times of Covid-19? Did any astrologer, clairvoyant, psychic-healer, tarot-card reader and all that jazz predict in advance that a pandemic would debilitate mankind in an unprecedented manner? No astrologer could foresee that a mishap of this enormity would shake the world like a soda-water bottle.

American astrologer Susan Miller of Astrology Zone even predicted in January 2020 that it will be a great and prosperous year for mankind! She had a feel-good nugget for each ear:

Capricorn, she said, would be the year’s celestial favourite, and Cancer was the one most likely to wed; Libra was set to score in real estate and Taurus could expect a calendar full of international travel (Ref: NYT).

Our very own Bejan Daruwala of Ganesha Speaks fame predicted long back that "the end (of the world) will not come by a nuclear war, an asteroid will smash the earth, but we will not perish, we will prevail in a new space station!"

But he had nothing to say about intervening pandemics like Covid-19. All crystal-ball gazers said and predicted nice things that WOULD happen in 2020! Alas, so far nothing good has happened and things are worsening by the day.

This provokes a valid question: What's the credibility of this pseudo-science which collectively could not predict or foresee anything so monumentally bad? Yet astrologers are looking back over their shoulders and want us to believe that this was predicted in our scriptures.

A Brazilian psychic healer refers to the Biblical psalm that hints at a cataclysmic event 2,000 years ago! Indian Vedic astrologers not the ones to take the back seat -- are saying that Narad Samhita predicted it all 10,000 years ago.

The exponents of Bhrigu Samhita are quoting nebulous passages from the seminal tome to prove that Bhrigu knew this 4,000 years ago: he had it from the horse’s mouth as Guru Brihaspati or Jupiter himself whispered the revelation into his ears! Traditional astrologers in Varanasi and Haridwar are screaming that one chaupai (verse) in Tulsidas' Ramcharitmanas clearly indicates that this would happen in 2020.

A Sunni scholar at Al-Azhar, Cairo, is equally sure that Qura'an and the Hadith had predicted that this would happen. And our all-time favourite -- the ultimate Nostradums -- knew that something like this would rip apart mankind five hundred years ago and mentioned this in one of his cryptic and versified prophecies in archaic French.

All balderdash! If all scriptures, astrologers, seers, and saints knew this was coming, why did they keep mum and did not say anything or even mention obliquely that the year 2020 would be Annus Horibilis (a horrible year) for mankind? Instead, they all projected and promoted it as an Annus Mirabilis (a year of miracles). Of course, now that the pandemic is raging, astrologer Susan Miller can lay the blame on Pluto.

Apparently, the small but powerful planet “deals with huge financial matters, masses of people — and viruses.” Likewise, “Italy is ruled by Gemini, for June is the month the citizens celebrate the unification of Italy. Gemini rules the lungs, so that’s why Italy has been hit so hard — this virus attacks the lungs (Ref: NYT).”

As for the fate of the United States (a Cancer, incidentally), Miller predicts that the virus will be “raging” in May and then become weak in the summer months, only to crop back in the fall, and possibly extend as far as mid-December. Astrology is a completely fake discipline. It works on a feel-good factor, most cleverly exploited by Linda Goodman and her tribe.

Neurologically as well as psychologically, human brain (not mind) works on the principle of Sanguine Implications (SI), a theory propounded by Sigmund Freud and his colleague-cum-student C G Jung. We want to hear only good things so that we are cheerful about our future and also about our overall survival.

Human brain is genetically programmed to believing in all sorts of nonsense, just to feel good. Astrologers exploit this proclivity by trading upon our credulity. They know that humans are perennially gullible. But interestingly, when the event, Corona, finally happened and impacted the world, astrologers began to get wiser and analyse occurrences.

They’ll say that in all such disasters, Pluto and Neptune were not properly placed in their houses or the planet Jupiter had a 60-degree angle; a sure recipe for Doomsday! But why didn't they see this before the disaster? Were the planets hidden somewhere as not to be visible to the astrologers? And they made themselves visible with their weird horoscopic positions only after an earthshattering mishap! Ludicrous, isn't it?

Astrologers have no uncanny power to look into the future. Far away planets do not govern or regulate our lives. Neither do they determine the events on earth. Paula Delsol, who wrote the book ' Chinese Horoscopes ' and later got disillusioned with astrology, summed it up: Human brain works on Samuel Taylor Coleridge's premise of ‘Willing Suspension of Disbelief’.

Humans somewhere know that astrology is fake, and its practitioners are outright frauds, but we tend to shelve this disbelief to believe in falsity. We believe in the mumbo-jumbo of astrologers because brain wants to believe in fiddlesticks!

But when such a humongous disaster like Corona pounces upon us and catches the public and astrologers unawares, the last vestiges of rationality in human brain starts questioning the very validity and veracity of astrology that has let us down since time immemorial. So, is not it time to write a dirge on the demise of astrology and entomb it forever?