HomeMumbai'Would have slapped Uddhav' remark by Narayan Rane: Can minister be arrested? Here's what law says about arrest of sitting Rajya Sabha MP

'Would have slapped Uddhav' remark by Narayan Rane: Can minister be arrested? Here's what law says about arrest of sitting Rajya Sabha MP

'Would have slapped Uddhav' remark by Narayan Rane: Can minister be arrested? Here's what law says about arrest of sitting Rajya Sabha MP | PTI
Follow us on

The statement by Rane has drawn the ire of Shiv Sena and at least three FIRs were also registered against him in Pune, Nashik and Mahad.

Considering the law and order situation across the state and in Nashik in the wake of Rane's remarks, Police Commissioner Deepak Pandey ordered an investigation into the matter and immediate arrest of the Union minister.

Can Rane be arrested? Here's what law says

As per the Parliamentary Privileges, Member of Parliament is not liable to arrest or detention in prison, under a civil process, during the continuance of a session of the House or meetings of any committees, of which he may be a member, and during forty days before and after such session/meeting.

However, no such freedom from arrest is provided in criminal cases to members of parliament.

Now, a team, led by Nashik DCP (crime) Sanjay Barkund and comprising police inspector Ananda Wagh and other officers, was formed and it rushed to Chiplun in Ratnagiri to arrest Rane, the official said.

The team was asked to arrest Rane and produce him before a court in Nashik, the official said, adding the team was also directed to follow the due procedure for arresting the Union minister.

He also said that everything will happen according to the law and Rane will be arrested and produced in court, further action will be taken as per the order of the court.

"Rane is a member of Rajya Sabha. The Vice President is the Speaker of the Rajya Sabha. They will be informed after the arrest. The concerned District Magistrate, Justice Magistrate will inform them. Neither the president nor the governor can be arrested in criminal cases under the constitution. However, others do not enjoy the same priviledge. This action is being taken in view of the fact of the case," official added.

"It is shameful that the chief minister does not know the year of independence. He leaned back to enquire about the count of years of independence during his speech. Had I been there, I would have given (him) a tight slap," Rane said during his Jan Ashirwad Yatra in Raigad district on Monday. 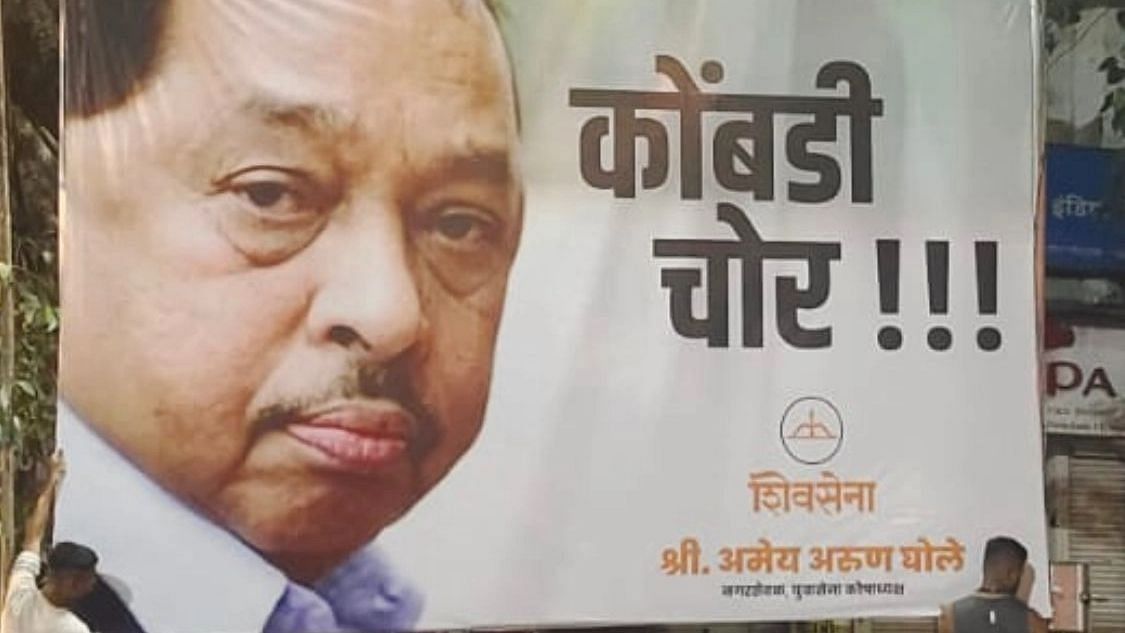