HomeMumbaiWork on Ambedkar's memorial in Mumbai to be completed expeditiously; world will envy it: CM Shinde

Addressing a function after paying floral tributes to Ambedkar on his death anniversary at his memorial 'Chaityabhoomi' in Dadar, Shinde also said all memories and history pertaining to the architect of the Constitution will be preserved.

Mumbai: Maharashtra Chief Minister Eknath Shinde on Tuesday said the work to set up an international standard memorial of Dr B R Ambedkar at the Indu Mill Compound in Mumbai will be completed at the earliest.

It will be a magnificent monument which the world will envy, he said.

Addressing a function after paying floral tributes to Ambedkar on his death anniversary at his memorial 'Chaityabhoomi' in Dadar, Shinde also said all memories and history pertaining to the architect of the Constitution will be preserved. 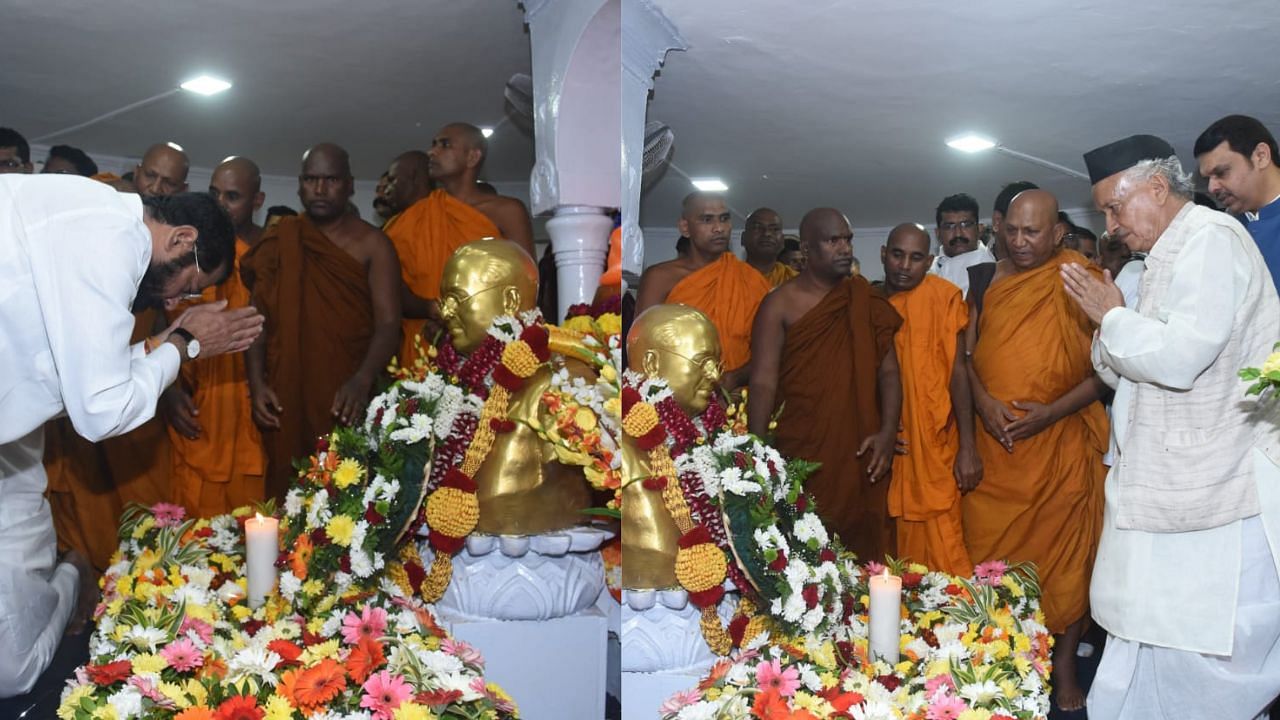 Shinde said Dr Ambedkar's memorial being built on the Indu Mill land (near Chaityabhoomi in Dadar) is a magnificent divine monument which the "world will envy" and it will be completed at the earliest.

Ambedkar's house 'Rajgruh' in Dadar is a "historic treasure", he said.

All the things related to Dr Ambedkar there will be preserved, and the place of Dr Ambedkar's (another) memorial at Lower Parel in Mumbai will be inspected, he said.

"Legends create history, but Babasaheb changed the history by instilling self-respect among those who were living disrespectful lives," Shinde said.

Prime Minister Narendra Modi also says that a person like him, who is the son of a tea-seller, could become the PM only because of the Constitution written by Dr Ambedkar, Fadnavis said.

"I feel this is the power of the Constitution," the Bharatiya Janata Party leader (BJP) said.

Governor Koshyari said among all the freedom fighters including Mahatma Gandhi and others, Dr Ambedkar's name is shining like the sun.

Many people contributed for writing the Constitution, but Dr Ambedkar gave a type of "sanjivani" (rejuvenator) to those who are poor, Dalits and ignored for hundreds of years, he said. After offering floral tributes to Ambedkar, the dignitaries paid a visit to the Brihanmumbai Municipal Corporation's photo exhibition on his life and 'Bhimjyoti' (eternal flame) at Chaityabhoomi.

The BMC has made arrangements for a live telecast of the events being held at Chaityabhoomi on various social media platforms.

The death anniversary of the chief architect of the Constitution is observed as 'Mahaparinirvan Din'.

Every year, thousands of people from across the state converge at B R Ambedkar's memorial 'Chaityabhoomi' on December 6, who died on this day in 1956.

The BMC has set up temporary sheds, mobile toilets, drinking water and medical stalls at the Shivaji Park, in view of the huge rush of B R Ambedkar's followers expected on Tuesday.

The Brihanmumbai Electric Supply and Transport (BEST) has arranged 50 additional buses and installed 500 extra lights in the Shivaji Park area for the convenience of the visitors.

The BEST has also made arrangements of breakfast for the visitors and first aid facilities, in case of such a requirement.