In a major development, the Enforcement Directorate (ED) said on Tuesday that it has attached immovable properties worth around Rs 6.45 core belonging to Pushpak Group's entity, Pushpak Bullion, in Thane.

These include 11 flats in the Neelambari project in Thane, belonging to Shree Saibaba Grihanirmiti Pvt Ltd, which is owned and controlled by Maharashtra Chief Minister Uddhav Thackeray's brother-in-law Shridhar Madhav Patankar.

Who is Shridhar Madhav Patankar?

Shridhar Madhav Patankar is the younger brother of Uddhav Thackeray's wife Rashmi. They also have a sister.

As per reports from HT, Shridhar, Rashmi and their father, Madhav, ran a family business of chemical production. Madhav Patankar passed away in 2020.

Patankars originally hailed from Dombivli in Thane district, however, they now reside close to the Thackerays in Kalanagar at Bandra east.

Rashmi Thackeray is now the editor of Shiva Sena publications such as 'Saamna' and 'Marmik'.

What are the allegations against Shridhar?

The Enforcement Directorate (ED) provisionally attached immovable properties worth Rs 6.45 crore in the case of M/s Pushpak Bullion, one of the Group companies of Pushpak Group, on Tuesday.

The Pushpak group was booked by the ED under the PMLA in March 2017 in a criminal case linked to demonetisation of two high value currencies -- Rs 1,000 and Rs 500 -- by the Union government the year before.

Properties worth Rs 21.46 crore of the promoters of Pushpak Bullion like Mahesh Patel, Chandrakant Patel, their family members and companies "controlled" by them were attached earlier, it said.

Pushpak Realty Developer, in the "garb" of sale, transferred funds to the tune of Rs 20.02 crore to the entities controlled by Nandkishore Chaturvedi after layering it through various connected/unconnected entities, it alleged.

"Chaturvedi who operates a number of shell companies further transferred the money through his shell company Humsafar Dealer Private Limited in the garb of extending unsecured loans in excess of Rs 30 Crore to M/s Shree Saibaba Grihanirmiri Pvt. Ltd.

"Thus, the money siphoned off by Mahesh Patel in connivance with Nandkishore Chaturvedi was parked in the real estate projects by Shree Saibaba Grihanirmiti Pvt. Ltd," the ED alleged. 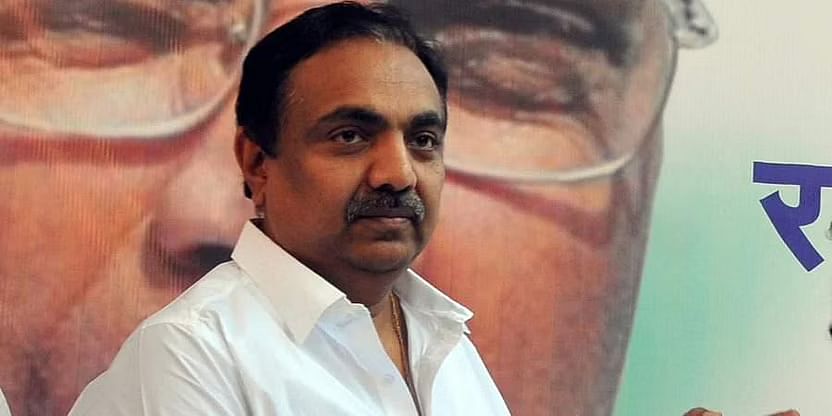