What is President's Rule? How will it affect people of Maharashtra? 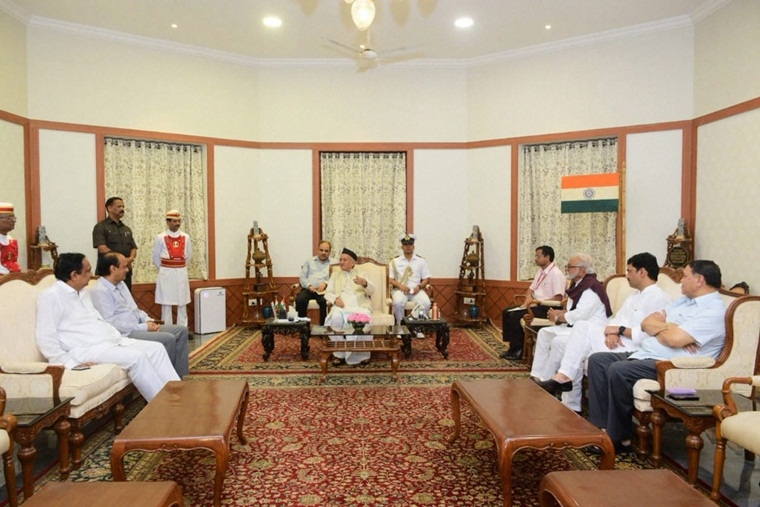 After nearly three weeks of political drama, Maharashtra was on Tuesday brought under President's rule and its Assembly was placed under suspended animation, with the Centre saying it was "left with no alternative".

On a day of swift developments, Maharashtra Governor B.S. Koshyari sent his recommendation to the Union Home Ministry calling for imposing President's rule around noon, saying his attempts to put a government in place in the state had failed. The game has just begun; President’s rule in Maharashtra, which will enable the BJP dispensation...

What is President’s Rule?

Article 356 of the Constitution provides for the imposition of President’s Rule in a state in “case of failure of the constitutional machinery in the state”. Under Article 356 of the Constitution of India, in the event that a state government is unable to function according to constitutional provisions, the Central government can take direct control of the state machinery. Subsequently, executive authority is exercised through the centrally appointed governor, who has the authority to appoint other administrators to assist them. The administrators are usually nonpartisan retired civil servants.

If approved by both Houses, President's Rule can continue for six months. It can be extended for a maximum of three years with the approval of the Parliament needed every six months.

Can parties approach Governor during President’s Rule to form government?

Yes. If any political formulation emerges in the meantime that can prove its majority on the floor of the House, President’s Rule can be dissolved.

How does President’s Rule affect the people of the state

Why was President's Rule imposed in Maharashtra?

In the assembly elections held last month for the 288-member House, the BJP won the maximum 105 seats, followed by its ally Sena (56). The opposition NCP and Congress won 54 and 44 seats, respectively. However, the Sena refused to back the BJP in forming a government claiming that the Amit Shah-led party had gone back on its promise of allotting a rotational chief ministership to the Sena.

Responding to the governor's invitation, the BJP on Sunday declined to form a government for want of enough numbers in absence of the Sena's support. The Sena on Monday night failed to produce required letters of support from the Congress and the NCP when the saffron party leaders met the governor at Raj Bhavan as per the set deadline. The governor then invited the NCP, the third largest bloc, to stake the claim to form a government on Tuesday night. However, President's was imposed in the evening.

Maharashtra has a total of 288 Assembly seats. The BJP has the highest number – 105, Shiv Sena has 56 seats. The NCP and the Congress have 54 and 44 seats, respectively.