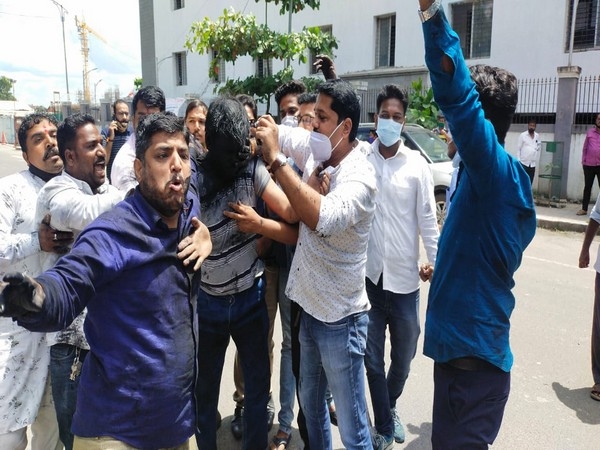 The accused identified as Abhijeet Limaye, 35, was arrested from his residence in Mumbai by Pune cyber police on Saturday. He was produced before the court, which granted him bail.

As soon as he was released, some agitated Shiv Sena workers gathered outside the Pune court and blackened his face.

Earlier in May, a case was registered with the Pune cyber police against a social media handle with name 'Lakoba Lokhande' for posting objectionable posts against Uddhav Thackeray, Balasaheb Thackeray and Pawar.

Recently, the police was able to establish his identity after which he was arrested.