Speaking to ANI, Raut said that BJP believes that there is "Talibani rule" in every Opposition governed state.

"Where there is no BJP government or there is a government of an opposition party, the BJP believes there is Talibani rule. What is the meaning of Talibani Raj? In a democracy, this kind of language does not suit anyone. Mamata Banerjee's government was elected with a majority. So, is BJP calling the people of West Bengal 'Talibanis'? If such statements are made in politics, then what will be the level of our politics?" he asked.

Post his 'Taliban' remark, Mishra said, "He (Majumdar) is quite new to mainstream politics. He does not know about the national composition of 'Bharatiya Jumla Party'." He added, "It is but normal for some people that their enthusiasm would run ahead of their sense of discretion. This is what is happening with him."

Sukanta Majumdar, who is an MP from Balurghat, on Monday replaced Dilip Ghosh as state president. Days after his appointment, he equated TMC's government to the Taliban and said that he would fight against it.

The Shiv Sena leader also hit out at the Central government for not taking action against BJP leaders comparing democratically elected state governments in India with the Taliban.

"A Union Minister was also comparing our government in Maharashtra with Taliban. The MP who is from West Bengal is calling the elected government there 'Talibani'. The Central government is not taking action against these people. Is this kind of behaviour acceptable to the government? In the faceoff between Union and State, if any state does not agree to Centre's views, then could such language be used?" he asked further. 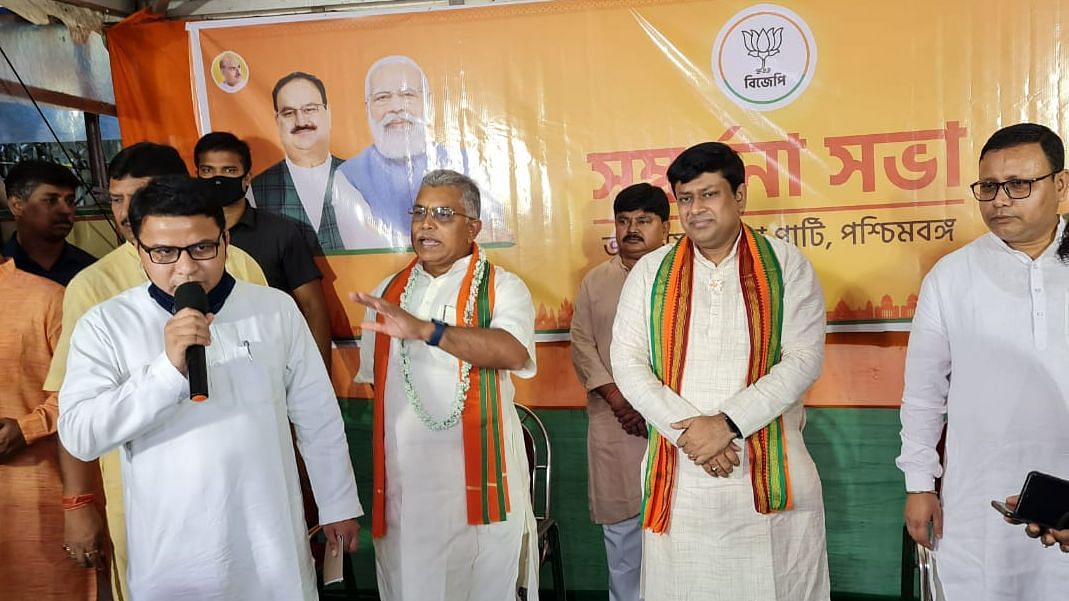