Mumbai: A day after Shiv Sena Uddhav Balasaheb Thackeray leader and former minister Aaditya Thackeray lashed out at the Shinde Fadnavis government over the loss of $20 billion Vedanta Foxconn semiconductor project and four other key projects, the  Industry Minister Uday Samant on Wednesday announced a committee headed by a retired judge will be formed to investigate who caused the exit of the projects out of Maharashtra in last three years (During the Uddhav Thackeray led Maha Vikas Aghadi government).

The Shiv Sena Uddhav Balasaheb Thackeray leader and former minister Mr Aaditya Thackeray in his reaction told the Free Press Journal, ‘’The minister’s announcement shows that he was clueless today and how he was clueless in the previous government too. It proves why he is incapable to be industry minister.’’

He further said whether the committee will also probe the loss of several projects including the Gift City, the International Finance Centre during 2014 and 2019 (when BJP led government was in power).

Simultaneously, Samant said that the state government will also release a white paper to disclose information on the industrial investment received by the state. The white paper will also discuss the investments that occurred during the previous two and a half years of the Uddhav Thackeray-led MVA government.

A negative atmosphere has been created in the state

‘’A negative atmosphere has been created in the state for the last three months. An inquiry will be conducted through a committee of a retired judge as to who caused the exit of industries in the state in the last three years. A white paper will be issued regarding industrial projects in the state," said Samant.

In reply to Thackeray’s announcement that during the MVA government investments worth Rs 6.50 lakh crore came to the state, the minister added, ‘’MoU does not mean that the industry has come to the state.’’

Thackeray had blamed the Shinde Fadnavis government not only for the loss of key projects but also for not attracting new projects in the state. He had also accused the government of maintaining Maharashtra’s isolation.

However, Samant hit back at Thackeray, saying that, "For the last three months, an environment is been created in the state where projects are not coming. The agreement regarding the Sinar Mas paper and pulp project was reached at Davos (as claimed by Thackeray). However, the agreement does not imply that the industry has arrived. The government on Tuesday handed over the letter of land allotment to the SinarMas team.’’

Efforts were made to bring the Vedanta Foxconn project

Samant said that efforts were made to bring the Vedanta Foxconn project to the state. A meeting was held on May 24, 2022, regarding Vedanta, and another meeting was held in Delhi in June, though there are no minutes of that meeting. ‘’There was no agreement with respect to Vedanta Foxconn. The state government has successfully stopped the exit of the Sinar Mas project out of Maharashtra,’’ he noted.

Samant challenged Thackeray to address a press conference and talk about the lack of a conducive atmosphere in the state in the last two and a half years (especially during MVA rule).

Projects worth Rs 50,000 crore will come in the state

‘’Projects worth Rs 50,000 crore will come in the state in the coming period, while agreements for projects with investments of Rs 30,000 crore have already been signed, of which one entailing an investment of Rs 10,000 crore (Sinar Mas project) has been stopped from going out," he said.

On Tuesday, Thackeray had said, ‘’Maharashtra is going backwards because of one man's monstrous ambitions. I've never seen Uday Samant in his capacity as Industries Minister. The state government has kept him out of this entire process. Why are those who are not related to this department answering to us? I've challenged the unconstitutional Chief Minister to sit with me on a dedicated platform and have a debate over the same. ‘’ 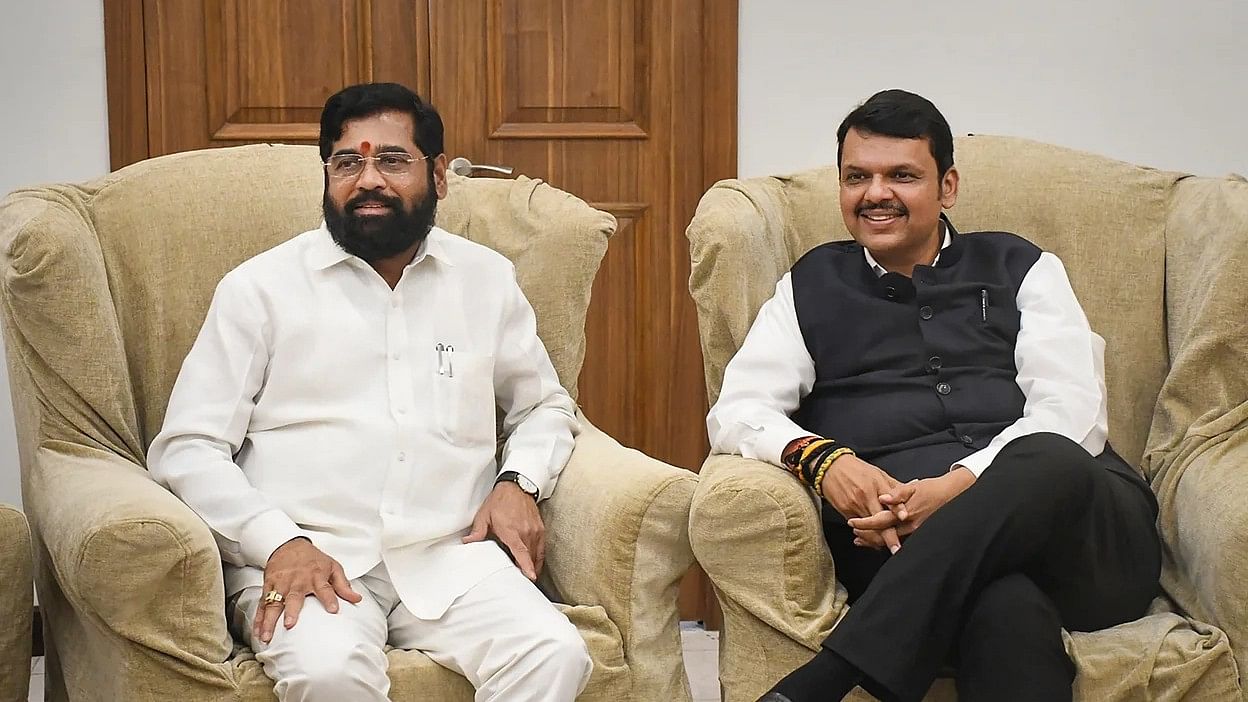