Regular services of the train will start on Saturday from Mumbai Central and will take 6 hours 20 minutes to reach Gandinagar.

Western Railway is all set to introduce the Vande Bharat Express Train between Gandhinagar Capital and Mumbai Central from 30th September 2022. The inaugural run will be operated as a special service while regular services of the train will start from October 1. For the introduction of Vande Bharat express, WR has decided to change the timing of Mumbai Central -Gandhinagar Shatabdi express.

Regular services of the train will start on Saturday from Mumbai Central and will take 6 hours 20 minutes to reach Gandinagar. The existing Shatabdi Express covers the distance of both cities in 6 hours 25 minutes.

"The inaugural run of Vande Bharat Express will be flagged off by Prime Minister Narendra Modi from Gandhinagar Capital station at 10.30 am on 30th September 2022. Passengers will be able to book their tickets for the inaugural run between Ahmedabad and Mumbai Central" said an officer of WR.

During the inaugural run, this train will run as a special service (Train No. 09404). The train will depart from Ahmedabad at 2 pm to arrive at Mumbai Central at 7.35 pm the same day. Enroute the train will halt at Vadodara and Surat, stations.

Route and halts of train

En route the train will halt at Surat, Vadodara and Ahmedabad stations on both directions. This train comprises of 16 coaches including AC Chair car and an Executive Chair car.

The booking of the inaugural run Train No. 09404 between Ahmedabad-Mumbai Central is already open, whereas regular service (Train Nos. 20901/20902) will open from 30th September 2022 at the reservation counter and IRCTC website.

Commenting on the introduction of Vande Bharat Express train between Mumbai and Gandhinagar, Sudhanshu Mani, former General Manager, Integral Coach Factory (ICF), Chennai, said, "It is a matter of great pleasure for me that more than three years after the first Vande Bharat/Train 18 came into service, the third Vande Bharat shall be inaugurated by the Prime Minister himself tomorrow as he did for the first train in Februrary 2019. The first version of the train was built by the Integral Coach Factory, Chennai in 2018 and the design, engineering and construction were done entirely in India for the first time. This is his next version. The acceleration of the train has been increased and some facilities like seats or passenger information systems have been improved but the common passenger will get a feel of this train like the first and second Vande Bharat. It is expected that in the coming days, more Vande Bharat trains will be manufactured from ICF as already announced by the government".

"There is one important issue though as a lot of expectation has been built up by comparing the train with Bullet train in respect of acceleration. The final timetable of 5 hours 45 min bet Ahmedabad and Mumbai is a disappointment as it hardly excels the existing Tejas and Shatabdi trains; it was expected that it would cover Ahmedabad-Mumbai in less than five hours with an average speed of little over 100 kmph as against the 96 kmph of the Delhi-Varanasi Vande Bharat" further added Sudhanshu Mani.

Details of journey and fare:

Halts- Surat, Vadodara and Ahmedabad in both direction 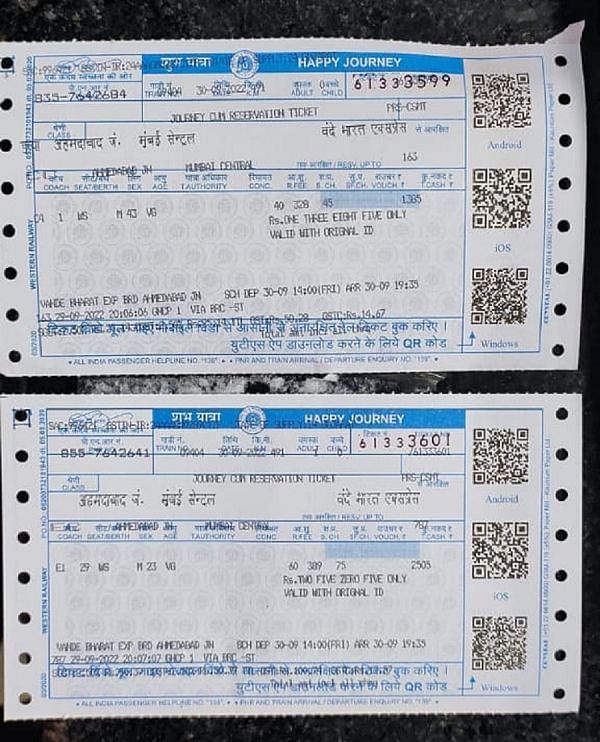 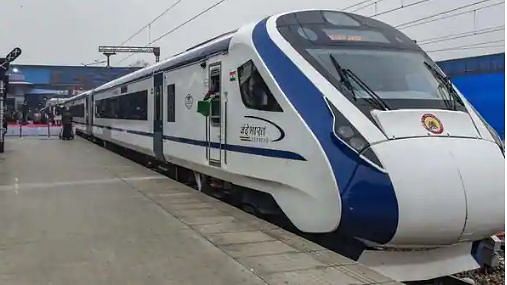