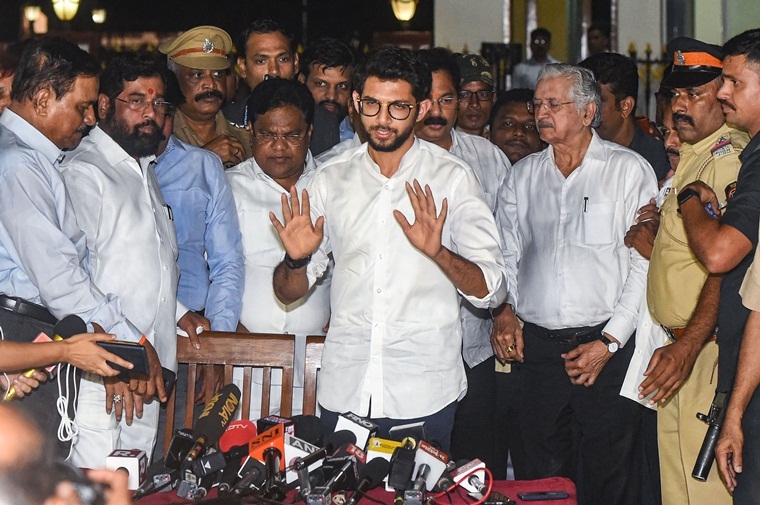 The Shiv Sena on Monday claimed that the NCP and Congress have agreed "in-principle" to back its government without the BJP in Maharashtra but failed to get letters of support from the political rivals before the deadline set by the Governor who rejected its plea for three more days to do so.

While Shiv Sena failed to the 7.30 pm deadline ended for Shiv Sena, Governor Bhagat Singh Koshyari on Monday night invited the NCP asking it to express "willingness and ability to form government", and since then #TumSENAhoPayega is trending on Twitter.

Here's what Twitterati had to say:

Maharashtra's governor is like a Mechanical Engineer on Tinder - he is right swiping everyone, yet he is not getting any matches.

As the impasse in government formation entered the 18th day and the prospect of President's rule loomed, the Congress appeared not wanting to take a hasty decision to align with its ideological rival, and decided to hold further talks with its pre-poll ally Nationalist Congress Party (NCP) on the issue of supporting the Sena. State unit NCP president Jayant Patil said the party will discuss the issue with Congress and get back to the governor by 8:30 pm on Tuesday.