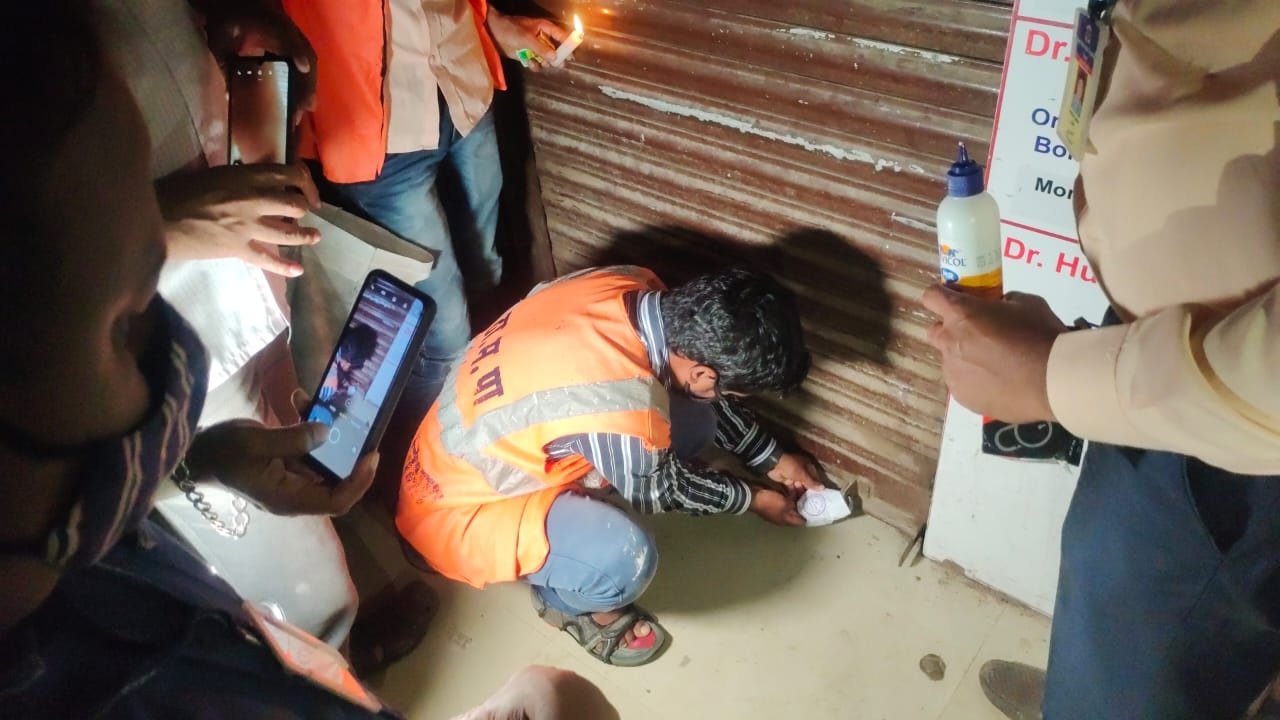 Thane: After the recent announcement that only those who are fully vaccinated will be allowed entry at public transport and public spaces; many are trying ways to get their hands on the vaccine doses. In a similar such incident, Mumbra saw around 40 doses of vaccine missing from the vaccination centre at Kausa on Saturday. A day after this, TMC sealed a clinic at Kausa for illegally storing vaccine doses.

Citizens of Mumbra can get themselves vaccinated at Maulana Abdul Kalam Azad Sports Stadium vaccination centre. Almost after five days gap on Saturday, around 300 vaccination doses were made available at the centre for citizens. Durriya Ghadiyali, a social worker from Mumbra in her early 60's who went live on social networking site claimed that she received a call about the malpractice at the vaccination centre. "To get their vaccination done, people reach the centre early at 6am. The authorities confirmed about 300 vaccination doses, but at 10:30am they only gave 140 to 150 tokens. With the rest doses missing", said Ghadiyali.

It was shocking, when the health department team of Thane Municipal Corporation raided Shah Hair Transplant Clinic of Mumtaz Shah in Kausa, Mumbra, where COVID-19 vaccination was going on illegally. Dr Hemangi Ghode, Medical Officer, Kausa of Thane Municipal Corporation along with the team raided the clinic and found 40 vaccination doses, which were seized. Ghode confirmed about 40 doses being seized and said the clinic has been sealed.

Sources from the TMC said after the raid the encroachment department officials went to seal the clinic, but they were stopped earlier. Later after 2 hours the clinic was sealed.

Ghode had given a written complaint to the Mumbra police. When contacted Madhukar Kad, senior police inspector, Mumbra police station, he said no complaint has been registered yet as the authorities were looking up the issue themselves.

Meanwhile, FPJ also contacted Vaijayanti Deogekar, health officer, Thane Municipal Corporation who said, "Inquiry is going on and the public relation officer of TMC will be in a better position to share much details."

However, Niranjan Davkhare, Bharatiya Janata Party MLC had asked Dr. Vipin Sharma, Municipal Commissioner, to initiate an inquiry in the matter and take action against the illegal malpractice going on in the centre.

"Even after vaccination doses are found and the clinic is sealed, why are the municipal authorities and police delaying in registering the case. It's an illegal activity and a case should be immediately registered in the matter," added Davkhare.