Thane Municipal Corporation on Wednesday rejected a proposal of land compensation of around 2,000 hectare land in Thane for bullet train route.

The Proposal was given by the National High-Speed Rail Corporation Limited ( NHSRCL) which was brought for consideration in yesterday's Thane municipal corporation meet where it was rejected.

This rejection of proposal has effectively rejected the transfer of the land required for bullet train in TMC jurisdiction.

BJP Floor Leader in Thane Municipal corporation Sanjay Waghule said, "The proposal was brought for consideration at the end of the meeting and Mayor ordered to reject it immediately. This is not the right approach by the Shivsena leaders in Thane Municipal Corporation (TMC)." "On one hand they are seeking funds for 200 buses from the Central government and on the other hand, they are rejecting proposals related to the Centre's projects. It's a hypocritic approach that they are expecting something from the centre and also rejecting the Centre's projects at the same time," he added.

Thane Mayor, Naresh Mhaske said that the decision was supported by members of all parties.

"We have taken this decision in the interest of Thane," he added. 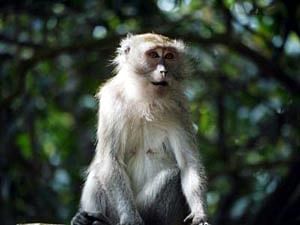