The team of RDMC who reached the spot showed alertness and without wasting time took a quick step.
Faisal Tandel 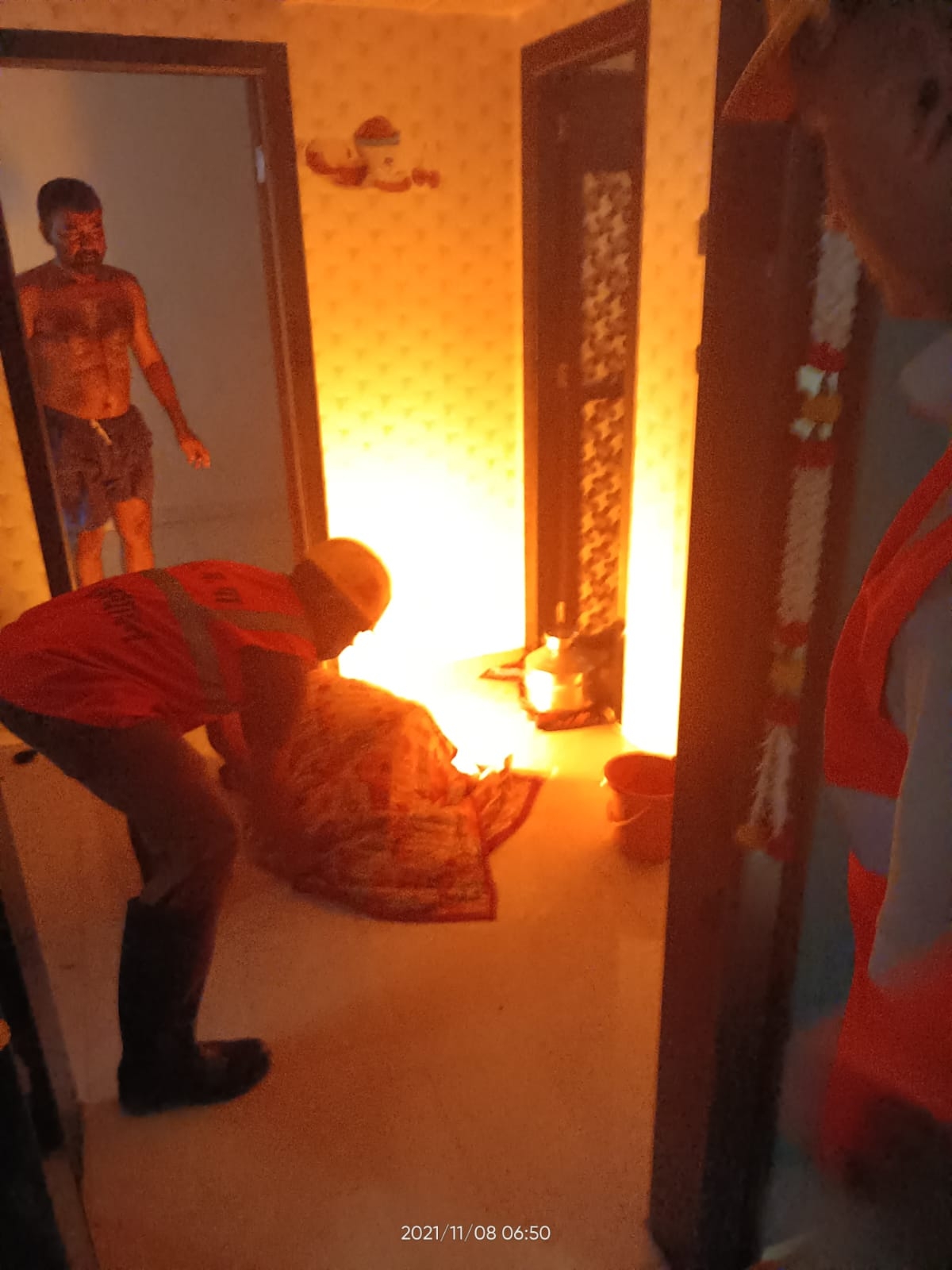 The alertness of an official from the Regional Disaster Management Cell (RDMC) of Thane Municipal Corporation had saved a gas cylinder from getting blown away. The disaster cell official Mahendra Hate covered the cylinder with a wet blanket and doused the leaking cylinder that was on fire.

Senior officials from TMC claim such alertness and awareness among citizens can help from a big tragedy.

"The leaking gas cylinder results in a fire. Many times people panic and run away from the spot. If the citizens take such extreme steps on an immediate basis it can help avert a big tragedy. We have also organized and trained citizens in many such workshops where people were shown how to douse the leakage and fire on a cylinder. We appreciate the work of the RDMC official who quickly took an extreme step without thinking of the risk factor of getting blown out," said Santosh Kadam, head of the Regional disaster management cell of TMC.

According to the RDMC, the incident of fire was reported on Monday at 6 am in room number 304, the third floor of the New Kadambari building, Charai, Thane.

According to the information, a gas leakage was noticed from the nozzle of the Bharat gas cylinder which later resulted in the fire.

"The residents who vacated the building after the panic situation informed the fire brigade. As the fire brigade was about to get late over some work. The team of the regional disaster management cell reached the spot and started dousing the fire that was spread in the flat," said an official from the RDMC.

The team of RDMC who reached the spot showed alertness and without wasting time took a quick step.

"Mahendra Hate, an official from disaster management cell used his skills and training to take a quick step. Hate took a wet bed sheet/blanket and quickly covered the cylinder to douse the fire. No one was injured in the incident and the situation was brought to normal. The leakage cylinder was handed over to the fire brigade," said added Kadam, head of the Regional disaster management cell of TMC.