This is the fourth such incident that happened in the last six months.
Faisal Tandel 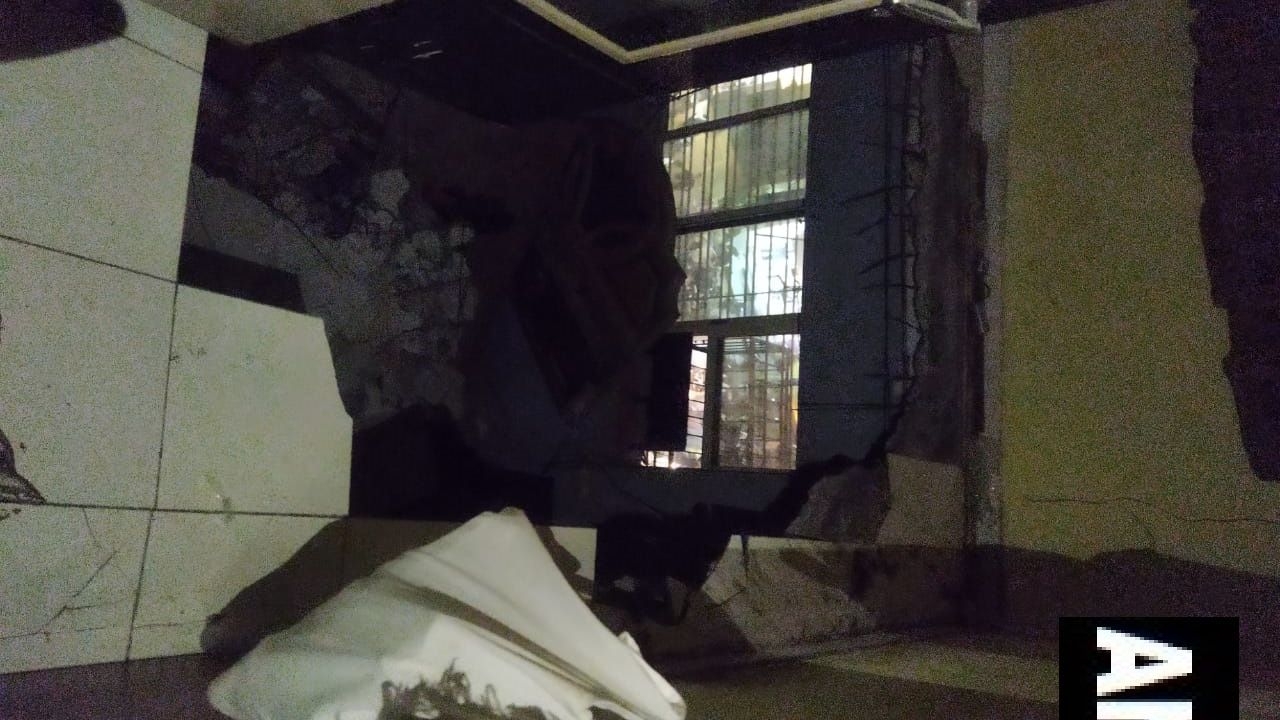 Ulhasnagar: A 24-year-old man was killed and two others were injured after a slab of a five storey building collapsed on Saturday night.The incident took place in Ulhasnagar town around 10 pm on Saturday when the slab of an apartment's bedroom located on the fifth floor of Paras building crashed on the fourth floor. This is the fourth such incident of slab collapse that happened in the last six months. 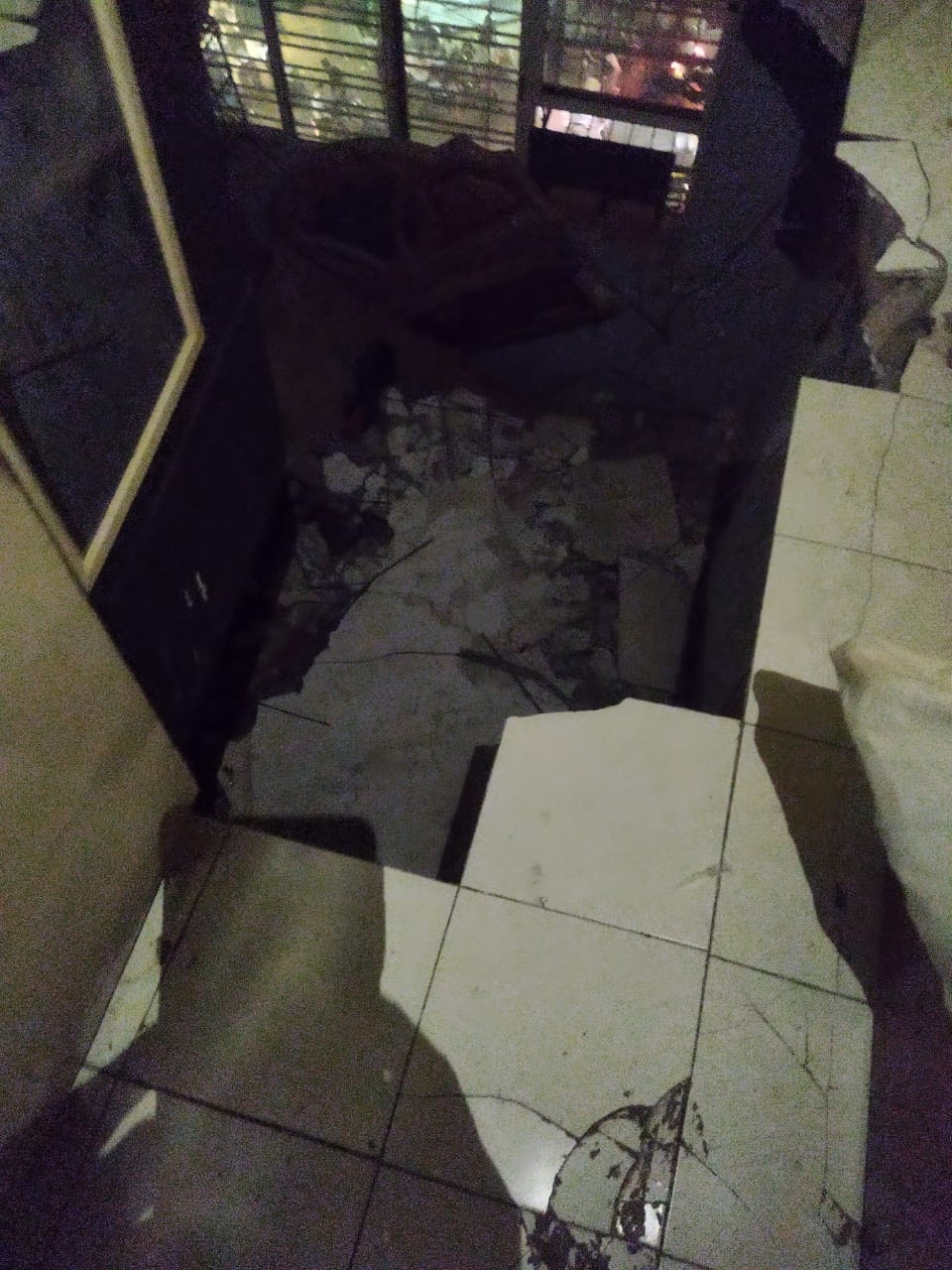 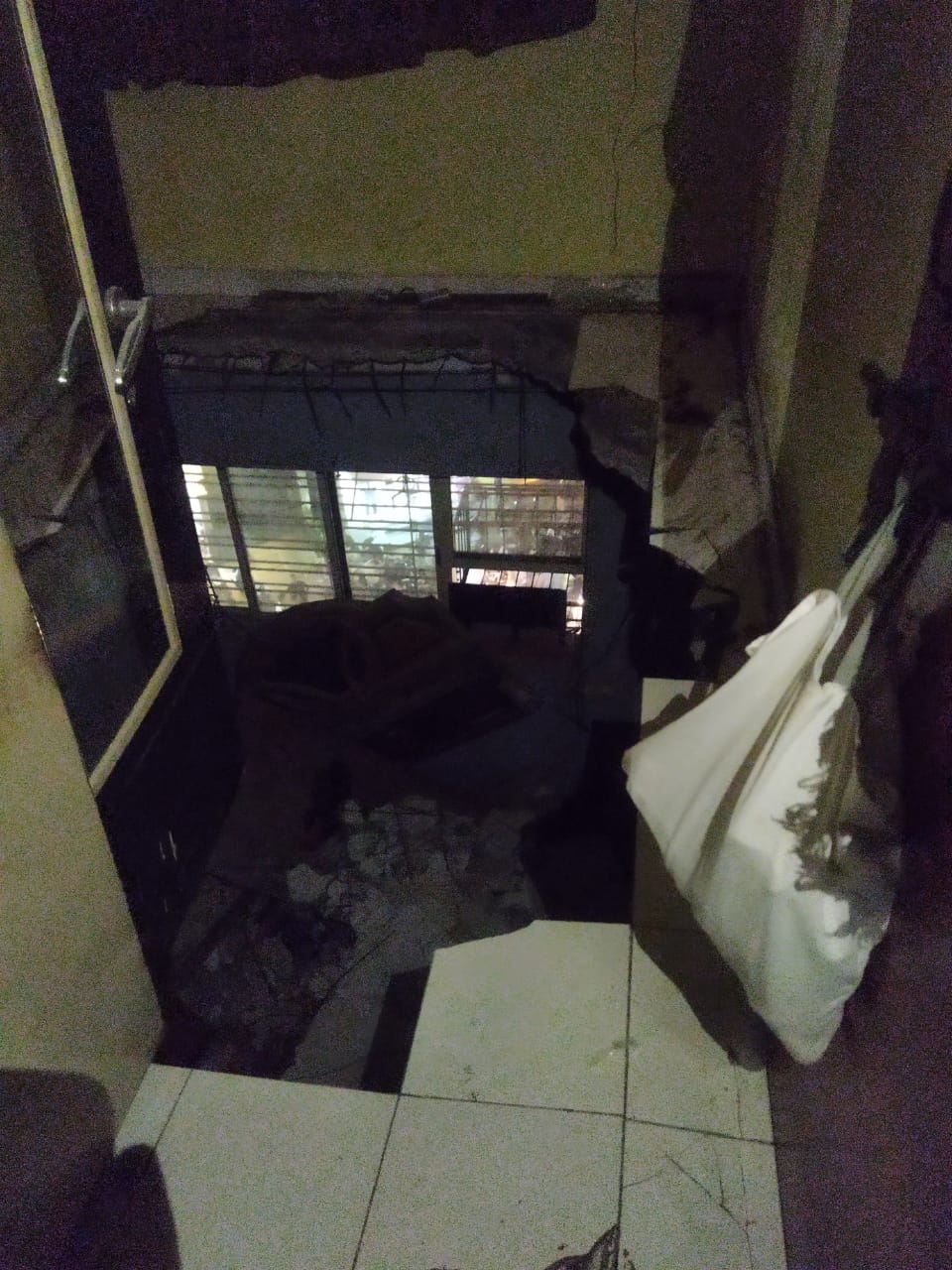 According to the fire brigade officials the incident took place in Paras apartment, a five-storey building near Gandhi road, Khuldevi Mata mandir, Ulhasnagar.

"The bedroom slab of room number 503 fell on the bedroom of room number 403. In the incident, Akash Naresh Lal Popatani (24) was seriously injured and was shifted to the civic hospital. He succumbed to injuries later," said an official from the Ulhasnagar fire brigade.

The Hill line police station had registered an accidental death report are investigating further. The complainant Ramesh Kumar Popatani (54), staying in flat number 503 is the uncle of the deceased Akash. Popatani in his statement to police said, "It was around 9:30 pm when the family members were sitting in the living room and Akash was inside the bedroom. They heard some loud noise from the bedroom and ran toward it. To see the bedroom ground had fallen on the fourth floor and Akash was lying down.

The family then went to the fourth floor and found the flat-locked. They contacted the flat owner and arranged the key to get inside. Akash was found lying in the debris with serious injuries," said Popatani in his statement to police.

The police said Akash was rescued with the help of locals and the fire brigade. He had suffered injuries on his body part and was shifted to Central hospital where the doctors declared him dead. "The Paras building was built in 1995-96 and was on the dangerous list. The building had 15 flats and four shops. After the slab collapse incident in May, all the old buildings were sent a notice by the Public welfare department of Ulhasnagar Municipal Corporation.

The notice was sent asking them to carry out a structural audit of the buildings. However, it seems they have not carried out any such audit," said Yuvraj Badane, public relations official, UMC. Badane further said all the residents were vacated and shifted to safer places for safety reasons. "The building has been sealed and will be further decided for its demolition or repair work," he added . Sources from the UMC said they also tried to vacate the Saraswati apartment, a seven-storey building nearby. But the residents were not ready to vacate. "They were alerted that the Paras building is dangerous and may collapse on their building. However, as they were not ready to vacate. The authorities left them with a warning to stay in the building at their own risk as the authorities will not be responsible," said an official from UMC.

In May 2021, within 15 days two slab collapse incidents killed 12 people. The authorities from Ulhasnagar Municipal Corporation on May 29 started a survey of the structures built during the 1994-1998 period.

The survey conducted by UMC found that 505 structures built between 1994 and 1998 were either built with low-quality sand or have reconstructed the demolished illegal building after action from the authorities. Similarly in July 2021, two people were injured after a slab collapsed in Ulhasnagar.