Shiv Sena MP Priyanka Chaturvedi has sent a legal notice to BJP leaders Ashish Shelar, Atul Bhatkalkar and music artist Bharat Balvalli for allegedly having defamed her. She also demanded a written apology from them for their actions.

The notice states that Shelar had during a press conference falsely claimed that Chaturvedi had insulted Hindutva icon Veer Savarkar and threatened to call on a statewide "Andolan" if she didn't aplogise.

.@priyankac19 sent legal notice for defamation through her lawyers to Ashish Shelar, Atul Bhatkalkar & Bharat Balvalli for spreading deliberate lies in a bid to defame & malign her & .@ShivSena
Demanded unconditional apology for the shameless attempt at maligning
.@fpjindia pic.twitter.com/iYnOdF4clC

Chaturvedi recently resigned as anchor for the show ‘Meri Kahaani’ on Sansad TV, following her suspension from the Rajya Sabha.

Her move came days after being one of 12 MPs from opposition parties to be suspended from the winter session for allegedly creating a ruckus on the last day of the monsoon session.

The suspension came after Union Minister of Parliamentary Affairs Pralhad Joshi on Monday wrote a letter to Vice President and RS Chairman Naidu, about violence on the last day of the monsoon session. The 12 suspended MPs have been protesting against their suspension by Mahatma Gandhi’s statue within Parliament premises. 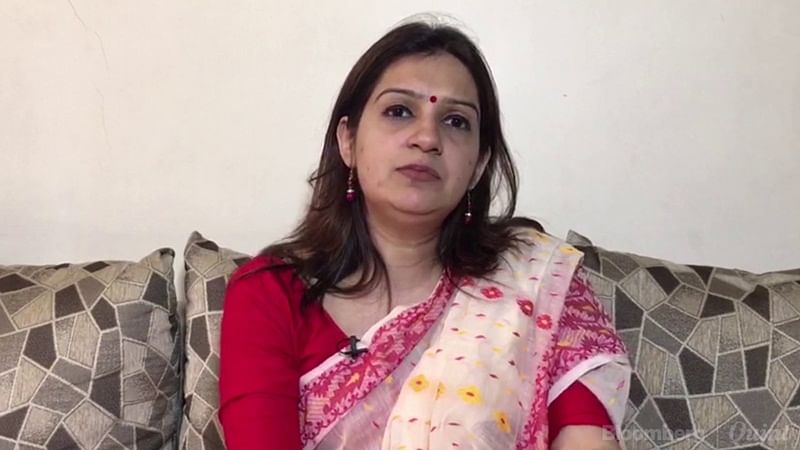