Sharad Pawar does what the Mughals didn’t, beats a ‘Chhatrapati’! 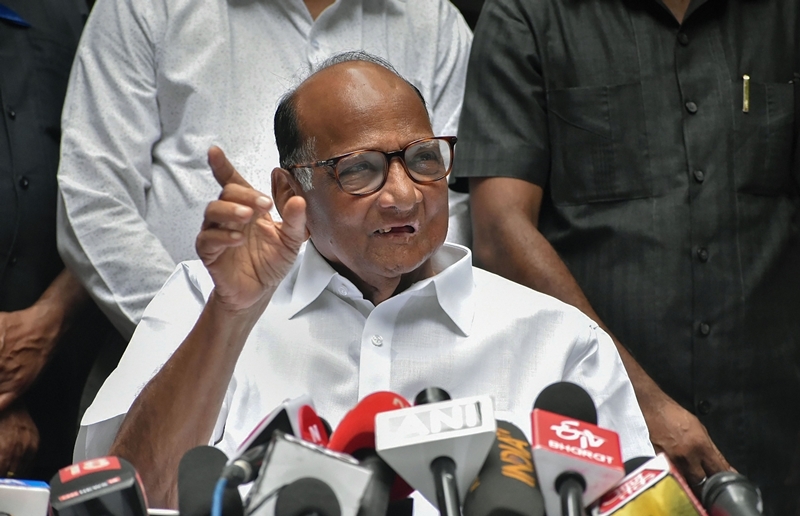 Mumbai: The 78-year-old Nationalist Congress Party (NCP) supremo Sharad Pawar emerged a giant-killer of sorts — achieving in Satara what the mighty Mughal emperors couldn’t do centuries ago — by vanquishing a “Chhatrapati” in the Satara bypoll.

NCP nominee Shriniwas Patil, a former IAS officer-turned-politician and an ex-governor of Sikkim, successfully trounced Chhatrapati Udayanraje Bhosale, an erstwhile close confidante of Pawar who quit NCP in September for his ‘ghar wapsi’ to the Bharatiya Janata Party.

Patil defeated Bhosale by a massive margin of over 83,000 votes in the constituency, once a Congress bastion but after 1999, a NCP stronghold.

The 13th direct descendent of the legendary Maratha warrior king Chhatrapati Shivaji, Bhosale was elected to the Lok Sabha in May this year on an NCP ticket, but four months later abruptly switched over to the BJP — which he had left almost 12 years ago.

He was renominated by the BJP to contest the bypoll which he lost, prompting even Chief Minister Devendra Fadnavis to express regret.

For the NCP and Pawar, it was almost a prestige issue to capture the Satara parliamentary seat, also the seat of the erstwhile Chhatrapatis and the NCP chief spared no efforts in his attempt.

Besides aggressively campaigning, three days before the election, Pawar campaigning fully drenched in pouring rain, captured the hearts of the people there and videos of the rally speech stormed social media with laudatory comments.

He further endeared himself to the masses by unabashedly proclaiming he had committed “a political error” by selecting Bhosale for the last Lok Sabha election and appealed to the voters to elect Patil, a former two-time member of the lower house of Parliament representing the pre-delimitation seat of Karad.

Bhosale himself has bagged the Satara Lok Sabha seat with good margins thrice in the past on an NCP ticket, but deserted his mentor Pawar who faced a grave crisis with the Enforcement Directorate (ED) naming him in the alleged scams in Maharashtra State Cooperative Bank last month, and the sudden resignation of his nephew Ajit Pawar on poll-eve.