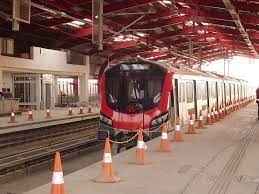 The Navi Mumbai Metro which was delayed due to multiple reasons is now moving ahead to become a reality for its residents. The Research Design and Standard Organization (RDSO) has started the Oscillation Trials for Metro Line 1 from Belapur to Pendhar on August 28 and the trial is likely to be completed by mid-September.

The RDSO is a Research and Development organisation under the Ministry of Railways of Government of India, which functions as a technical adviser and consultant for the Railway Board.

The RDSO is a body under Ministry of Railways, which enforces standardisation and coordination amongst various railway systems. It is authorised for carrying out oscillation trials for Metros. At present, the RDSO is carrying out Oscillation Trial and Emergency Breaking Distance (EBD) trial. “The purpose is to test the dynamic behaviour of the rolling stock in different conditions with regard to safety, stability and quality rides,” said the official, adding that the trials will continue till mid-September.

“This is one important step towards commercial operations of Navi Mumbai Metro Line 1 and soon after obtaining all statutory clearances CIDCO proposes to commence the passenger services for NMM phase 1/ Line 1 very soon,” he added. 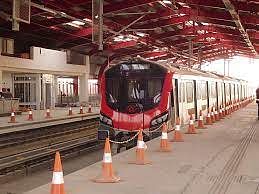