The Pune police's Economic Offences Wing (EOW) had registered a case against Patel and others in July. More than a dozen people have been arrested in the case so far, police said.

A Pune court on Monday granted anticipatory bail to Maharashtra BJP MLC Chandulal Patel in a case linked to an alleged scam in the BHR State Cooperative Credit Society here.

The Pune police's Economic Offences Wing (EOW) had registered a case against Patel and others in July. More than a dozen people have been arrested in the case so far, police said.

According to the police, thousands of investors were cheated as the cooperative credit society lured them by promising good returns on their deposits.

While seeking the anticipatory bail, advocate Aniket Nikam, who appeared for the BJP MLC, argued that Patel had taken a loan of Rs 2 crore in 2014 from the credit society and after interest, the outstanding increased to Rs 3.77 crore.

"Of which, he has repaid Rs 70 lakh and for the remaining amount, he did matching fixed deposits which is recognized in law," he argued.

Nikam said none of the depositors whose fixed deposits were purchased by the applicant (the legislator) ever made any complaint.

"This itself is an indication that depositors willingly gave their fixed deposits against receipt of amounts from the borrowers like Patel," Nikam argued.

He argued that the investigating agency (EOW) has adopted a "pick and choose" policy as thousands of borrowers have adopted the scheme of "matching fixed deposits", but only select people are being targeted.

Nikam said his client is willing to cooperate with the investigating agency and it is completely unfair to not show any mercy to him just because he is a politician.

He added that the court, while granting the anticipatory bail, directed Patel to pay 20 per cent of the outstanding amount in 10 days and another 20 per cent in the next three months.

Senior police inspector Suchitra Khokale, who is investigating the case, confirmed Patel has been granted pre-arrest bail by the court.

According to the police, Patel and 14 other accused had used illegal ways to close a loan account by adjusting the amount from depositors' accounts.

A complaint in this connection was lodged by a retired teacher at the Deccan police station in Pune city in November 2020.

The police recently arrested Sunil Zanwar, who is the prime accused in the case.

They have also booked the credit society's liquidator, Jitendra Kandare, who, too, has been arrested.

Multiple offences have been registered with several police stations in the state in connection with the scam, police said. 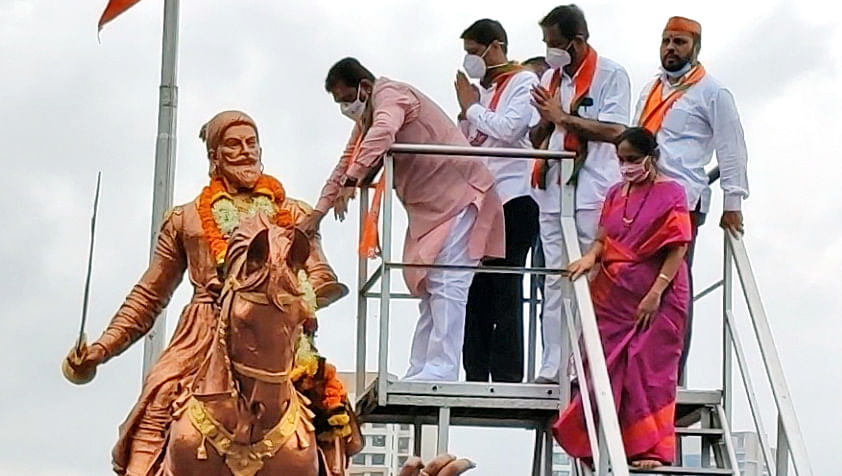