How such a strong man could die of a heart attack so suddenly? asks HM

Questioning the suddenness of Sail’s death, Walse Patil said people were wondering how ‘such a strong man could die of a heart attack so suddenly’. He has asked the director general of police to investigate Sail’s death.

Sail, 37, died at his house in Chembur on Friday evening. His lawyer Tushar Khandare confirmed that Sail died after suffering a heart attack. A post mortem has already been conducted and an official report is awaited, said his lawyer, adding that the family had ruled out any foul play. However, they had left it to the state government to decide, the lawyer said.

Sail, who claimed to be the personal bodyguard of Kiran Gosavi - another witness of the Narcotics Control Bureau (NCB) - was rushed to the civic-run Rajawadi Hospital in Ghatkopar, where he was declared dead, Khandare said.

NCP chief spokesman Mahesh Tapase had earlier demanded that a probe be conducted to investigate whether there was foul play in Sail’s death.

Sail was the personal security guard of another witness in the drugs bust case, K P Gosavi. He had claimed to have overheard a conversation about an alleged payoff involving the then Mumbai NCB Zonal Director Sameer Wankhede and Gosavi.

Sail had also made a statement against Gosavi, alleging that he had taken money from Shah Rukh Khan’s manager Pooja Dadlani.

Sail had claimed and filed an affidavit that there was an extortion bid of Rs 25 crore by some NCB officials and others, for letting off Aryan Khan in the case.

Maharashtra Cabinet Minister Nawab Malik had questioned how a private individual like Gosavi could drag Aryan Khan to the NCB office.

Wankhede had subsequently been removed as the lead investigator of the cruise drugs case and an SIT, headed by senior IPS officer Sanjay Singh, was formed to probe the matter. 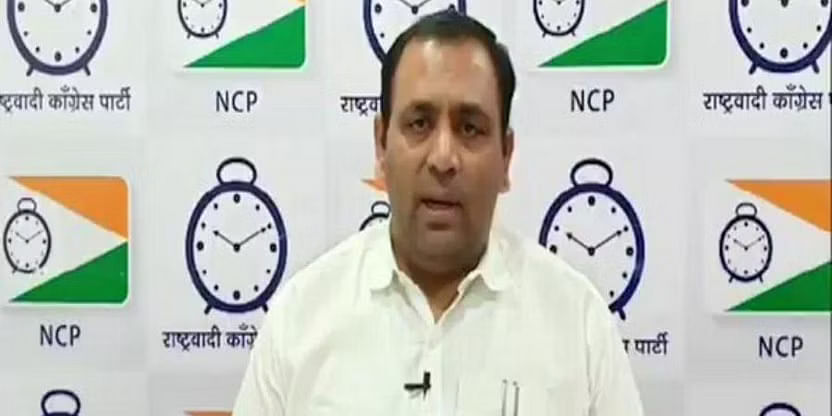