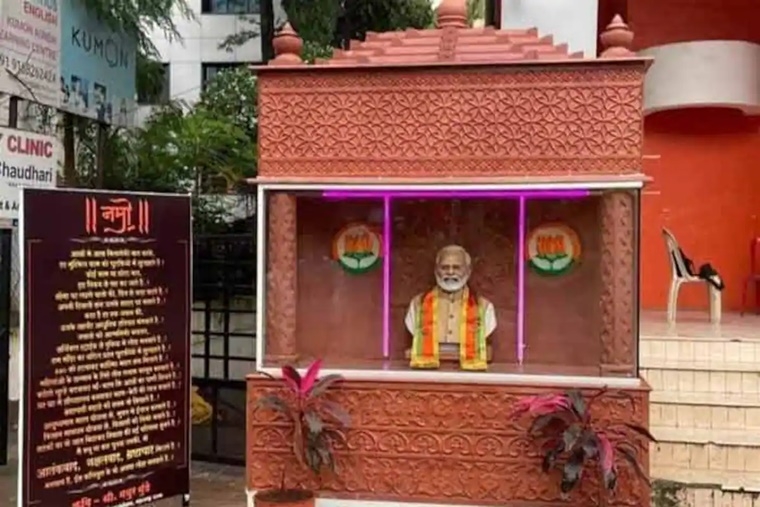 Following the objections raised by the Prime Minister’s Office, an idol of Prime Minister Narendra Modi in a temple dedicated to him by a BJP worker in Pune was removed overnight. Mayur Munde, a 37-year-old BJP worker and supporter of the PM, had built this temple at a cost of Rs 1,60,000 in Aundh. Red marble from Jaipur was used to construct the idol and the temple. Munde, who is associated with the real estate sector, said, “I felt that there should be a temple for the person who built the Ram Temple in Ayodhya. So, I decided to build this temple on my premises.”

However, keeping the ensuing polls to the Pune Municipal Corporation (PMC) in mind, the NCP had staged a protest against the erection of the temple. The NCP workers had announced that they would reach the temple on Thursday morning and offer ‘bhog’ there.

Munde had told a reporter that the PM’s moves pertaining to triple talaq and Article 370 in Kashmir were the reasons behind building the temple. A poem was also written on this temple on Modi. When the news appeared, the PMO took objection to the temple. The idol, which was removed late on Wednesday, has been kept in the house of a BJP councillor living nearby. It was removed before the opposition and BJP could quarrel over the issue.