A day after Mehbooba Mufti remarked that peace would be elusive in Kashmir until the Centre holds dialogue with Pakistan and people of Jammu and Kashmir, Shiv Sena MP Sanjay Raut said the PDP chief could make such comments as the BJP had given people like her strength by forming government with her party in the erstwhile state.

Talking to reporters, Raut said the Mufti-led People's Democratic Party (PDP) was a "friend" of the BJP at some point of time.

The PDP has been "pro-Pakistan and sympathises with terrorists" right from the beginning, he claimed.

Notably, the PDP and BJP had come together to form a government in Jammu and Kashmir in 2015. The alliance broke in June 2018.

Mufti on Saturday reiterated her call to the BJP-led government at the Centre for a dialogue with Pakistan and the people of Jammu and Kashmir.

Raut said Mufti had supported Parliament attack convict Afzal Guru and still, the BJP had formed a government by forming an alliance with her party in Jammu and Kashmir.

"Now, the same Mehbooba Mufti wants dialogue with Pakistan to resolve the Kashmir issue. This is a sin of the BJP," Raut alleged.

"The BJP gave strength to such people by sharing power with them...Hence, the BJP is responsible for what Mehbooba Mufti is saying," he said.

The Rajya Sabha member further said whatever is the BJP's view on the issue now, the Shiv Sena had and will always oppose the PDP's ideology.

Referring to Maharashtra BJP chief Chandrakant Patil's recent comment that Prime Minister Narendra Modi sleeps for only two hours and works for 22 hours everyday, Raut claimed it was "height of sycophancy" "The prime minister has lost even his two-hour sleep hearing Patil's comments," he quipped.

Raut sarcastically said that according to BJP leaders like Patil, only Modi works hard and no other leader in the world, including US President Joe Biden, his Russian counterpart Vladimir Putin and Ukraine's Volodymyr Zelensky.

"Sycophants had been there previously too. Even Mahatma Gandhi had sycophants. Sardar Patel too had sycophants. But we never saw such sycophants earlier.this is the height of sycophancy," the Shiv Sena leader said.

Raut made similar comments in his weekly column 'Rokhthok' in the Shiv Sena's mouthpiece 'Saamana'. 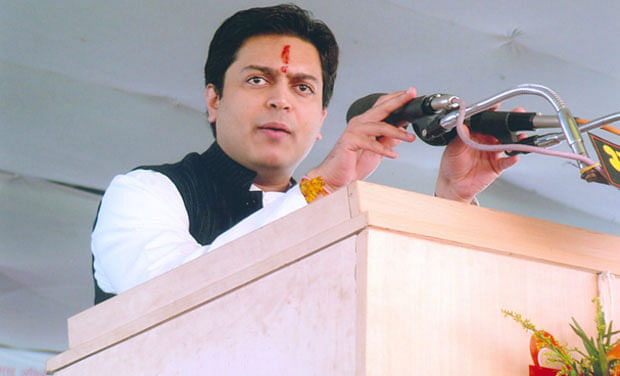