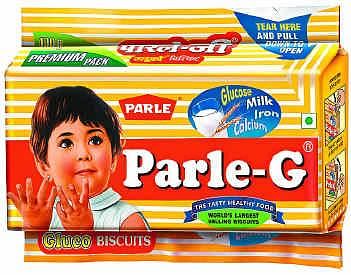 Mumbai: The Mumbai Suburban District Consumer Forum has pulled up Parle Products for selling adulterated biscuits to a consumer and directed the firm to pay a compensation of Rs 60,000 to the complainant for a biscuit costing Rs 7.
The forum, while passing the order, held that the firm misguided its consumer by adopting unfair trade practices, and hence should compensate for the losses.
Parle Products Pvt Ltd will have to pay Rs 60,000 as compensation to an Andheri man who found a piece of sellotape inside a Parle Monaco biscuit packet worth Rs 7. The Mumbai Suburban District Consumer Forum took into consideration a report submitted by the Food and Drug Administration (FDA).
“It is proved that the biscuit produced by the company was of inferior quality and adulterated,” the Forum said. The Forum pointed out that the company had misled its consumers by advertising a phrase on its cover, which claimed that the biscuits were packed with taste and strength. The forum directed the company not to produce adulterated and harmful products in the future.
The case dates back to September 7, 2009, when Subhash Patade, an Andheri resident, bought a pack of Parle’s Monaco biscuit (costing Rs 7). When Patade was eating a biscuit, he found a piece of cellotape in it. Patade emailed the company about the issue and also filed a complaint at the MIDC police station. A representative of the company met Patade but failed to give him a satisfactory answer. Unsatisfied, Patade filed the complaint with the Mumbai Suburban District Consumer Disputes Redressal Forum on November 17, 2009, seeking a compensation of Rs 2.5 lakh.
The company filed its response in the forum and said that the bill produced by Patade with respect to the biscuit purchase was false. It also contended that it always takes the utmost care during the manufacture of its products and denied that it had acted in a negligent manner. The company further alleged that Patade had filed the complaint with the sole intention to make money. The Forum, however, rejected the company’s defence on the grounds that the complainant had provided enough evidence to prove his complaint.
(Staff Reporter)