'Not funded under PM CARES': Centre clarifies manufacturers of ventilators in Aurangabad hospital sponsored by 'Make in India' project

In order to augment the existing hospital infrastructure, the Centre has been centrally procuring and providing States/UTs/Central Hospitals/ Institutes with essential medical devices including ventilators since the beginning of the pandemic.

It was earlier reported by media organisations that ventilators in the Aurangabad district of Maharashtra were not functioning optimally. It was reported that the ventilators were procured under the PM Cares Fund. However, Centre rubbished the reports and said, "These reports are baseless and incorrect, not supported by full information on the matter."

It added that the ventilators were sponsored by the Make in India project.

"Ventilators were available in very limited numbers in Government Hospitals across the country at the beginning of the pandemic last year. Moreover, very limited manufacturing of ventilators was taking place in the country and most of the suppliers abroad were not in a position to make supplies of ventilators in large quantities to India. That is when the local manufacturers were encouraged to produce “Make in India" Ventilators to address the huge projected demand of the country and orders placed on them. Many of them were first time manufacturers of the ventilators. The ventilator models went through rigorous screening, technical demonstration and clinical validation process in the very limited time available for the same, through domain knowledge experts, and after their approval, these were put into supplies," it said. 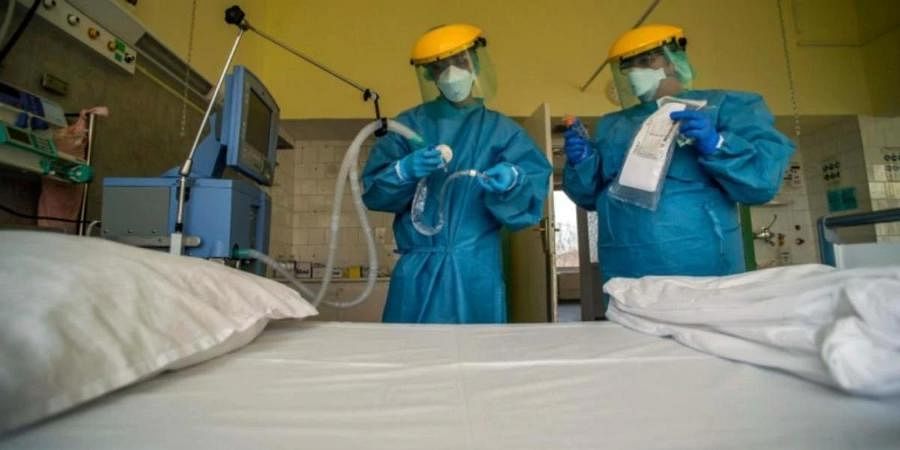 Earlier, Congress spokesperson Sachin Sawant on Friday alleged a big scam in the ventilator provided under PM CARES fund and demanded a state-level inquiry into all ventilators provided by the Centre to the state. Sawant took to Twitter to share the report submitted by the committee of Medical experts appointed by Government Medical College Aurangabad. He added that the committee has found all ventilators provided under PM CARES to the institution useless. "As per their report, even company technicians could not repair those. It is a big scam," Sawant said.

"We demand state level inquiry into all ventillators provided by centre to Maharashtra. Time & public money wasted through #PMCaresFund is unpardonable. Modi govt made all corporate companies to donate in this opaque fund. It was seen that information under RTI can not be sought (sic)," Sawant wrote on Twitter.

Clarifying that the ventilators in question were not funded by the PM Cares Fund, Centre said, "Ventilators manufactured by Jyoti CNC were supplied to Aurangabad Medical College. Jyoti CNC is one of the manufacturers of “Make in India” Ventilators. They have supplied ventilators centrally for COVID-19 management, as per the directions of Empowered Group-3. These ventilators were then made available to States as per the requests made by States. This supplier is not funded under PM CARES fund." It went on to say, "In Aurangabad Medical College, 150 ventilators were supplied by Jyoti CNC. The first tranche of 100 ventilators reached Aurangabad on 19th April 2021 and installation was carried out thereafter as per the allocations received from the State authorities. 45 out of 100 in the first lot were installed in the Medical College. Installation and successful Commissioning certificate in respect of all these ventilators was issued by the Hospital authorities after their successful commissioning and demonstration."

"Out of these 45 installed ventilators, three were reinstalled in a private hospital (Cigma Hospital) by the State authorities. These were installed again by engineers of Jyoti CNC at the said private hospitals. Installation and Commissioning certificate was issued by the Hospital authorities also after their successful commissioning and demonstration," read the Centre's release on PIB.

"20 ventilators out of the above 45 were reallocated to another private hospital (MGM Hospital) by the States authorities. No formal information was provided about this to Jyoti CNC. Therefore, Jyoti CNC engineers had no part in the reinstallation of these ventilators. Therefore, the installation of these ventilators at the new location was got done by the State authorities at their own responsibility."