The area is home to a population of about 60,000, primarily from the fishing community.
Sweety Adimulam 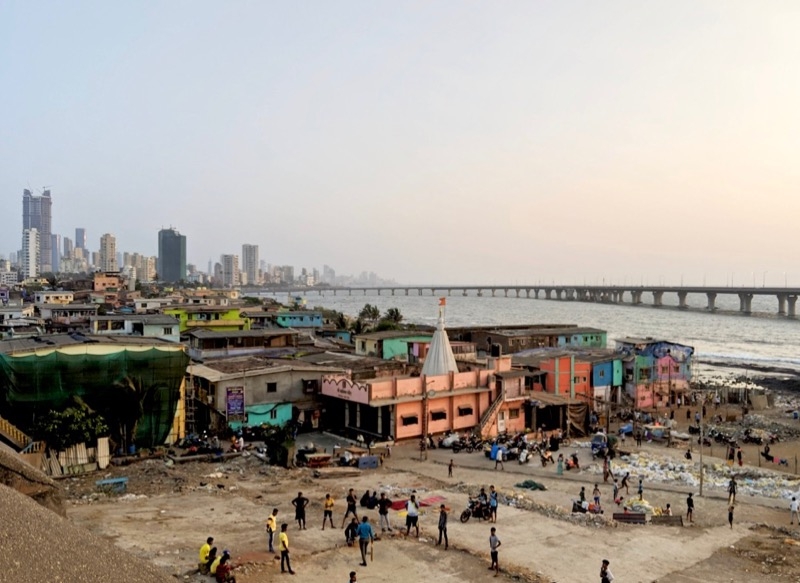 Mumbai : Pointing to the urgency with which the Coastal Road project is being executed, residents of Worli Koliwada village have urged the government to address their needs too, and have demanded a road on stilts over the sea to connect the village to the Worli Sea Face road. The area is home to a population of about 60,000, primarily from the fishing community.

Residents said they have been deprived of good roads for several years. Despite a large population, the urban village is facing a problem of civic amenities, they added.

Sharad Koli, activist and social worker, who is also a resident of the area, said, "The government (BMC) is building a coastal road which will benefit the privileged class and those who have their own cars. But what about the poor working-class staying in Worli Koliwada village, who are one of the original dwellers of this island city? We do not have proper road connectivity.”

“At present, we have only five metres of road for both motorists and pedestrians and that cannot be made bigger due to the existing houses on both sides. The only option is to construct it through the sea. The road can be built on stilts causing minimum damage to marine life, unlike the Coastal Road project. If the road is built, it will benefit the villagers as it will be connected to the existing main road of the Worli Seaface."

Due to a lack of a proper road, in case of an emergency like a fire, no large fire tenders can enter the area quickly to carry out a rescue operation, said Koli.

Similarly, another resident and fisherman of Worli Koliwada Village, Nilesh Patil, expressed his concern over the existing narrow roads. Patil said, "If a bigger road is available, there won't be any traffic chaos in the area. Moreover, earlier a road was constructed partially for the work of Worli Jetty, but the road got submerged under the sea and nothing was done thereafter."

Now that the state environment minister Aditya Thackeray is also the local MLA, residents’ hopes are high that Worli Village will see the much-awaited developmental change, they said.