Around 12,000 people have been facing water shortage for the last 15 years | File
Follow us on

Navi Mumbai: Despite repeated protests, villagers of Ladivali Gulsunde Gram Panchayat in Panvel Taluka are not getting potable water. They have decided to stage another protest on October 11 at Konkan Commissioner's office in Belapur.

In May 2022, villagers, social activists, and tribal women from the village had sit on an indefinite hunger strike against the supply of contaminated water supply to at least 3 revenue villages and four tribal villages in front of the Divisional office in Panvel. They were demanding that they should be provided clean potable water from MIDC. 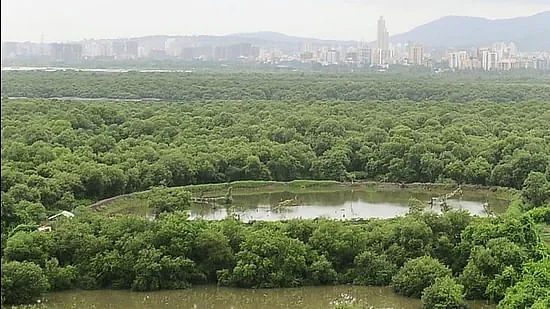 Following their protests, villagers were assured by the local administration that the water supply from MIDC would be restored. However, to date, villager have not received potable water.

Santosh Thakur, a social worker from Gram Sanvardhan Samajik Sanstha, Bandhanvadi in Panvel said, “The unilateral decision was taken in a meeting held at Hanuman temple in Ladivali on Friday 23rd September regarding the protest.”

Thakur says that around 12,000 people have been facing water shortage for the last 15 years.

“I have been following the issue in the last one year, government machinery is least bothered to solve the problem,” said Thakur, adding that government agencies' lethargy forced them to go on indefinite hunger strike.

According to Thakur, the treatment plant has become defunct and villagers are forced to drink contaminated water from the Patalganag water reservoir.

“The lab tests found the water cannot be used for drinking and cooking purposes,” said Thakur.

Despite a sanction for the water treatment plant in the area, around 12,000 people are forced to drink contaminated water.