HomeMumbaiNavi Mumbai: Fresh development plan for 14 villages to be brought in NMMC

Navi Mumbai: Fresh development plan for 14 villages to be brought in NMMC

The civic body will work as per the DP after a final notification by the state government following the completion of the objections and suggestions process.

Navi Mumbai: Fresh development plan for 14 villages to be brought in NMMC | FPJ
Follow us on

The Navi Mumbai Municipal Corporation (NMMC) will prepare a separate development plan (DP) for 14 villages for which a draft notification was issued last week. The civic body will work as per the DP after a final notification by the state government following the completion of the objections and suggestions process.

Abhijit Bangar, the municipal commissioner of Navi Mumbai said that there is no development plan for these 14 villages. “Those villages were part of the MMRDA Regional plan earlier. So, they do not have DP prepared yet,” said Bangar. He added that they were not part of CIDCO. “The DP published by NMMC in August does not include these villages,” said Bangar.

Now, the DP of these 14 villages will be prepared independently for development. “The process of preparing the development plan will be started after a final notification is issued by the state government,” said Bangar. 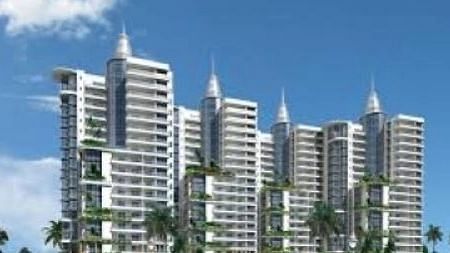 At present, the state government has given 30 days to submit objections and suggestions to the divisional commissioner (Revenue), Konkan Division, Konkan Bhavan, Navi Mumbai.

According to the civic body, these villages lack basic facilities and the DP will include improving the basic infrastructure. Even the accessibility from NMMC to these villages will be a challenge as mountains of Parsik Hill separate them. For faster and better connectivity, a tunnel would be required to be constructed in future.

Villagers under the banner of Chauda Gaon Sarv Pakshiya Sangharsh Samiti were following the matter with the state government for a long time. Laxman Patil, president of the committee said that apart from basic infrastructure, drinking water is a major issue. “KDMC has bus services but that is limited to a few villages,” said Patil. He added that there are only two Zila Parishad schools and many villages are around 5 km away from the highway.

These villages were earlier under the NMMC’s jurisdiction and adjoining Thane Municipal Corporation. However, due to the agitation of the villagers at that time, it was decided to exclude them from NMMC in 2007. However, this created problems with roads, water and lighting in these villages. There was a demand for re-incorporation of these villages in NMMC to provide them with basic facilities.