He allegedly used to commit house break-ins in Mumbai, Navi Mumbai and Thane district to fund his lavish life, moving around in a cap and face mask to conceal identity

A 30-year-old well-known YouTuber, who allegedly committed thefts and house break-ins to fund his lavish lifestyle, was arrested on Thursday in Mumbai, a police official said.

According to the VB Nagar police station official, 14 mobile phones, sharp weapons, fake jewellery as well as foreign currency were seized from the possession of the accused, Abhimanyu Gupta, a social media influencer who once had a large following on TikTok, a video-focused social networking service now banned in India.

He allegedly used to commit house break-ins in Mumbai, Navi Mumbai and Thane district to fund his lavish life, moving around in a cap and face mask to conceal identity, the official said. Last week, Gupta broke into a locked house in suburban Kurla and decamped with gold and silver ornaments, he said.

The theft came to light when the family residing in the house returned and found that their ornaments were missing. They lodged a police complaint. Police sub-inspector (PSI) Padmakar Patil said, “After the incident we scanned more than 150 CCTV footage, butinitially failed to establish Gupta's identity as he was wearing a cap and face mask.

But, at one place he removed his cap and face mask, and we identified him as TikToker Gupta. We then got a tip-off that the accused will be coming to Kurla, where we laid a trap and nabbed him.” The accused has confessed to committing more than 15 house break-ins in the Mumbai region, four of them in Kurla, he claimed.

After committing thefts, Gupta used to steal even shoes and slippers kept outside the house, the officer said, adding the police found four gunny bags stuffed with footwear from his home.

The accused, who has videos with well-known Instagram personalities, has admitted to spending money in casinos and for purchasing expensive clothes, he said. Gupta has been booked under relevant sections of the Indian Penal Code (IPC), including 380 (theftin dwelling house), Patil added. 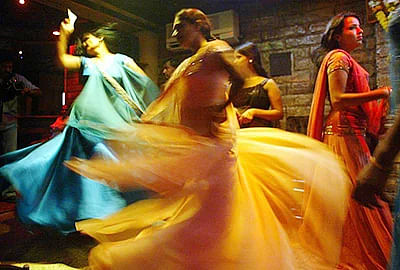