Mumbai: Woman who fell off train during phone robbery dies

Priyanka Khodake is survived by her husband Balmukund Khodke (51) and a 23-year-old son. The incident happened on Monday at 6.38 pm when she was returning from her office. After the incident, she was admitted to Sion hospital by a cop. Accused Ramzan Khan is in judicial custody after the death of Priyanka GRP decided to add one more section of IPC 304 (Causing death by negligence).

Priyanka Khodake, a 49-year-old clerk of the government rationing department, who fell off a train while chasing a phone robber at Mahim station died on Friday afternoon. She was battling for life since Monday in an ICU unit of Sion hospital.

Priyanka Khodake is survived by her husband Balmukund Khodke (51) and a 23-year-old son. The incident happened on Monday at 6.38 pm when she was returning from her office. After the incident, she was admitted to Sion hospital by a cop. Accused Ramzan Khan is in judicial custody after the death of Priyanka GRP decided to add one more section of IPC 304 (Causing death by negligence).

"Priyanka Khodake was residing at Badlapur and posted in the rationing office of Santacruz east. On Monday, as usual she boarded a second class ladies coach Churchgate bound local train from Santacruz. She was supposed to get down at Dadar, hence she was standing near the door. When trains started moving from Mahim, suddenly the accused entered her coach and snatched her phone, while trying to resist the phone snatcher, she lost her balance and fell off the train" said a GRP official.

Confirming the development a doctor at Sion hospital said, "She suffered multiple fractures on head and nose." After the incident, the accused Ramzan Khan was caught by fellow commuters and handed over to the Mumbai central GRP. GRP booked Khan for voluntarily causing hurt in committing robbery.

Sources said after the increase in the number of commuters, phone theft cases also increased. 117 cases of phone theft were registered in the last four days ( between April 11th to April 14th) in the suburban section of MMR.

On April 14th, Vrishali More was travelling in a ladies coach of a Panvel bond local, when her train about to start from Cotton Green, accused suddenly entered in her coach and snatched her phone and jumped off from the train. After that, she registered complaints with Wadala GRP.

When contacted senior officials of GRP, he said, "Round the clock patrolling at the stations is on. In the last week, GRP arrested 6 accused of mobile theft and recovered 19 mobile phones from their possession including Abdul Rahman Abdul Rahim Sheikh (age 50 residents of Byculla), Vikas Mohan Jha ( 26 from Mira Road), Raunak Thakkar ( 24, residents of Ghatkopar) K. Rabeen alias Sanjay from CSMT and Bipin Kumar Narendra Sasamal from Bandra east."

March 2022=== Akshata Nagre a woman local commuter was injured in a bid to resist chain snatchers in a running train at Charni Road Station. The incident took place on the night of Friday, March 12 when the victim was travelling to Churchgate. Akshata Nagre boarded the train from Bandra station for Churchgate around 11:45 pm. She was travelling with a women's coach. When the local train halted at Charni Road railway station, a chain snatcher entered the same coach Akshata and tried to steal her gold chain. However, she resisted and chased the thief away. The thief could not steal her chain; however, Akshata suffered injuries on her neck during the struggle.

July 2021====A woman fell off a Churchgate bound local train at Dadar while chasing a phone robber and suffered injuries.

June 2021==== Dombivali resident, Vidya Patil was crushed to death under a local train at Kalwa while chasing a phone robber. Patil had put up a tough fight when the robber tried to snatch her phone. As he rushed to the door dragging her along and jumping off with her handset, Patil followed. But while the robber landed on the platform, Patil fell on the tracks as the train had already left the station by then. She was crushed under the wheels and died.

February 2021====A 29-year-old woman travelling alone in the ladies compartment of a local train was attacked and robbed at Vasai. The accused tried to snatch her phone and hit her on the forehead and face. 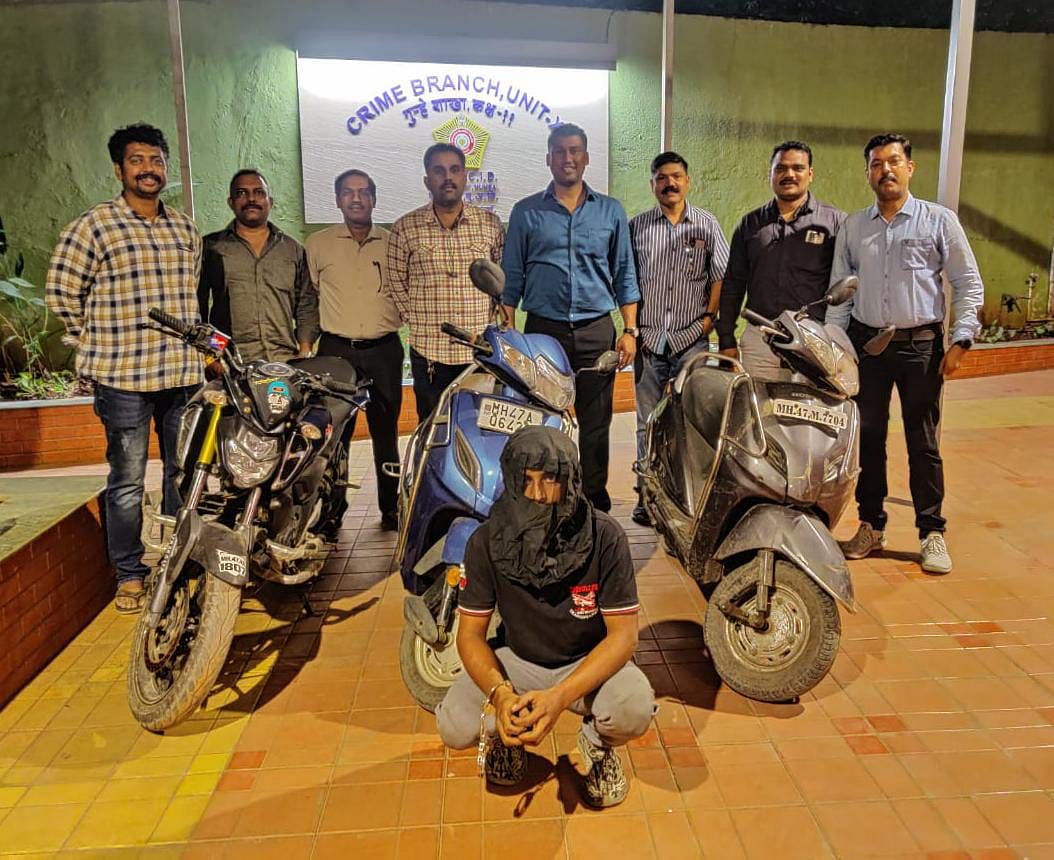