"Thackrey government has forgotten its Hindutva. After 105 days, temples have been reopened. While there is happiness, there is some sadness as well that this government could not re-open the temples while they were re-opening bars and restaurants a while back. Had they re-opened the temples with some SOPs in place back then, devotees would not have suffered. Due to the struggle of the Bhartiya Janata Party (BJP) temples have re-opened now," Kadam said.

Maharashtra government decided to re-open all temples and religious places from October 7, the first day of Navratri, as per an official statement from September 24.

From the first day of Navratri, that is from October 7, all the religious places of worship will be reopened keeping in view of strict adherence of COVID-19 protocols, as per a press statement in Marathi by the Chief Minister's Office on September 24.

On the matter of Income Tax raids on the associates of Deputy CM Ajit Pawar, he said, "The government will say that it is all vendetta politics. As per them, any action taken by them reflects their transparency while others taking action against them shows a feeling of revenge. It is nonsensical and has no grounds in reality. Whoever is involved in wrong things will not be spared." The Income Tax department carried out raids at the offices and residences of promoters of Dynamix and DB Realty under a search operation that commenced on September 23, said sources on Thursday.

Earlier today, the department had also conducted raids at the houses and companies of three sisters of Maharashtra Deputy Chief Minister Ajit Pawar.

Pawar condemned the raids and called them 'politically motivated'. 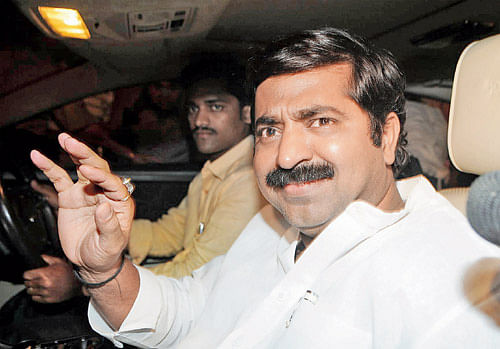