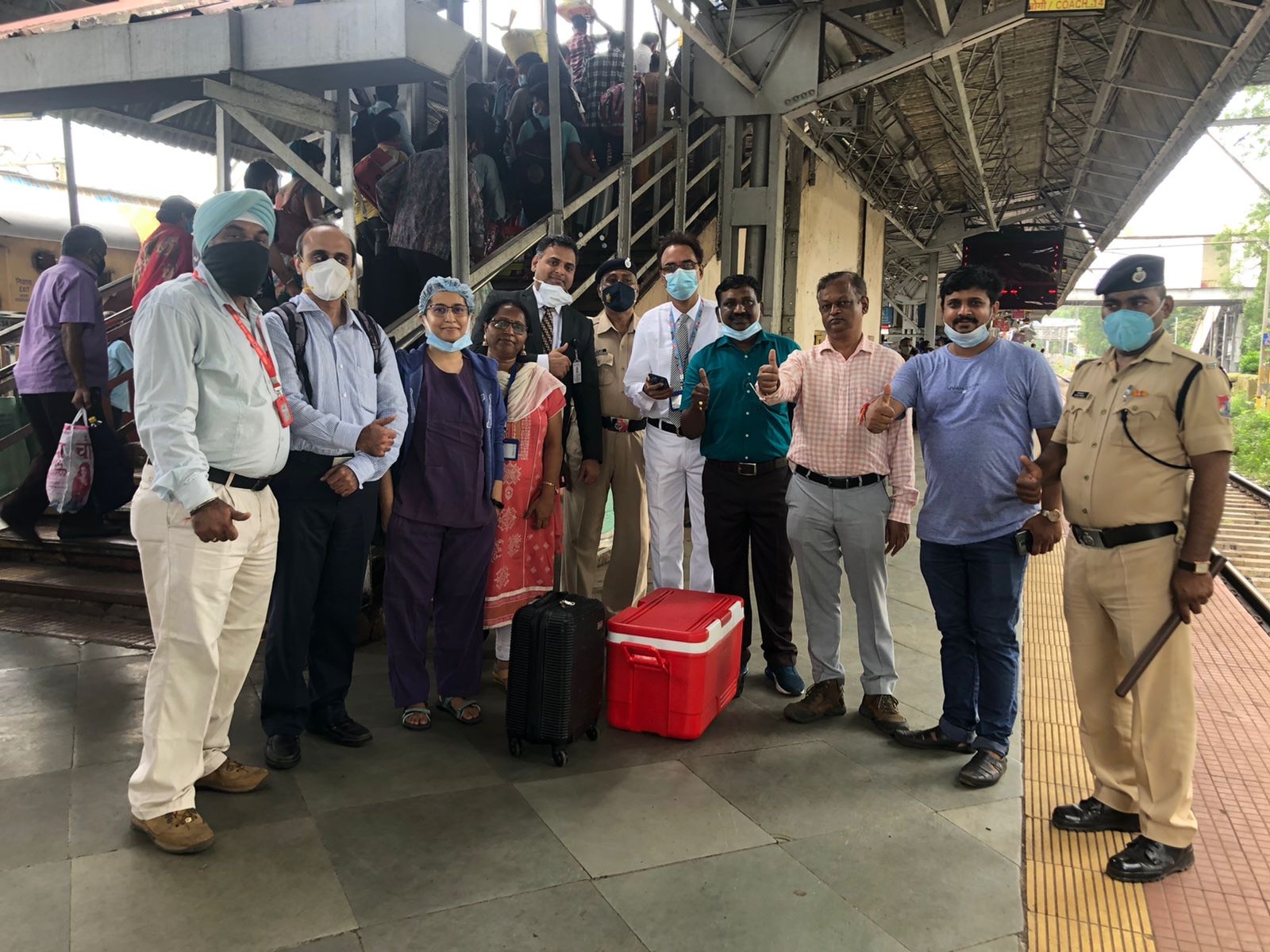 The Central Railway Mumbai Division successfully transported a liver and a kidney donated by a 34-year-old brain dead patient on Thursday from Fortis Hospital in Kalyan to Global Hospital in Parel. Railway officials said it was a team effort in creating a green corridor through which organs are transported safely.

Officials said the Railway Protection Force (RPF) personnel, station masters of Kalyan and Dadar railway stations and commercial staff and doctors from the hospitals played an important role. “The organs were transported from Kalyan to Dadar in 67 minutes,” he said.

“Officers & Staff of Team CR coordinated transportation of Liver and Kidney of a brain dead donor by the quickest & safest mode of transport, Mumbai Local Train ‘Lifeline of Mumbai’ from Hospital in Kalyan to Hospital in Parel for transplant,” tweeted Central Railway.

According to the doctors, the organs were transported to Global Hospital after the kin of the woman who died of clots in brain vessels, consented to donate her organs. Extraordinary efforts amidst the ongoing Covid-19 pandemic between the surgical and non-surgical teams, nursing teams, medical social workers and police officials made this milestone possible after the donor’s husband consented to organ donation.

Survived by two young children and her husband, the donor had suffered a cortical venous sinus thrombosis, and she was subsequently declared braindead. Her family was counselled by medical social workers after which her husband consented to donate her organs; the Zonal Transplant Coordination Centre (ZTCC) was contacted immediately.

“A green corridor was created to transport the retrieved organs – her heart, liver and kidney – to hospitals across Mumbai. Despite the challenges arising out of the public health crisis, successful donor maintenance and organ retrieval were initiated at Fortis Hospital, Kalyan. Led by Dr Sandeep Patil, chief intensivist, Fortis Hospital, Kalyan, the donor maintenance protocol was successfully initiated,” said an official from the hospital.

Dr Supriya Amey, facility director at Fortis Hospital, Kalyan, said, “As much as the story brings hope to the family of the patients who received a new lease on life today, it also speaks of the courage of the donor family that made the courageous decision during their time of grief.”