HomeMumbaiMumbai: Speakers counter legislation on interfaith marriage at 'Love in the time of hate' event in Colaba

Mumbai: Speakers counter legislation on interfaith marriage at 'Love in the time of hate' event in Colaba

The speakers said that the legislation on interfaith marriage is surprising in a progressive state and is meant to do away with diversity and “maintain purification of culture”.

Mumbai: Speakers counter legislation on interfaith marriage at 'Love in the time of hate' event in Colaba | Representative pic
Follow us on

Mumbai: Prominent personalities from all walks of life emphasised on the need to counter-hate at an event on Saturday. Titled ‘Love in the time of hate: State regulation of interfaith relationships’, the event was organised by the People’s Union for Civil Liberties (PUCL) at YMCA in Colaba.

The speakers said that the legislation on interfaith marriage is surprising in a progressive state and is meant to do away with diversity and “maintain purification of culture”.

Speakers surprised at the legislation brought in Maharashtra

Among the participants were Dr Sai Thakur, Assistant Professor at the Centre of Study for Social Exclusion and Inclusive Policies, TISS; Irfan Engineer, Director of Centre for Study of Society and Secularism; Utkarsha Rupwate, Member of the Maharashtra State Commission for Women; actor Ratna Pathak Shah; and senior counsel Mihir Desai.

Terming the legislation on interfaith marriage as “state-sponsored Khap”, Dr Thakur said that conversions did not happen in as many instances as it was put out to be. A case study from Kerala stated that of the 229 interfaith marriages, conversions took place only in the case of 63 (all religions). She said that the idea stemmed from the thought process that Hindu women’s sexuality needs to be “protected”, while that of Muslim women needs to be “exploited”. She said, “It is something Savarkar said while criticising Shivaji Maharaj when he sent away the daughter of Muslim respectfully. He called it Sagud Vikruti.”

Speakers said that the legislation was a surprise in Maharashtra that always considered itself to be a “progressive state”. “The idea is that the choices need to be controlled and Hindu women should be within the community. It is like the Apartheid South Africa that had banned inter-racial marriage and sexual conduct,” said Mr Engineer.

Ms Rupwate said that the Women’s Commission was surprised when the committee on interfaith was formed as there existed no data on it. “The cases that come to us regarding violence and multiple marriages are cases of the same religion and notinterfaith. It is slow poisoning,” she said.

Ms Shah said the question of Hindu or Muslims never struck her until her child asked about it during riots. “Even when I was married to Naseeruddin, people said he is married, has children but no one mentioned he is Muslim. I thought that was the India I grew up in…,” she said, adding that hate and disruption are difficult to sustain but one should not live in a dream world and pretend everything is fine like in films. 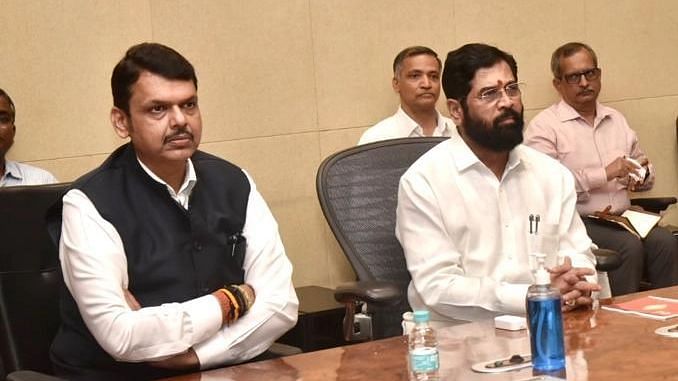