Six members of a gang named "K-Company", who were trying to take Dharavi under it's fold, were arrested by the city crime branch for allegedly killing a man who tried to defy them. The gang is known after it's leader Kalim Rauf Sayyad, who is currently behind the bars in connection with drugs smuggling case of ₹50 crore since last two years. He was arrested by Directorate of Revenue Intelligence (DRI) with 50 kg mephedrone two years ago and since then he has been lodged at Arthur Road jail, as he was also a wanted accused in 2016 cases of double murder at Santacruz in which stringent MCOCA had been imposed.

According to the police, the conspiracy to kill Amir Khan, who was defying the 'K Company' and threatening it's gang members was hatched on January 3, when the accused met Sayyad while he was produced in Thane court from Arthur Road jail. "On Sayyad's instruction accused went to Aligarh in Uttar Pradesh (UP) stayed there for 18 days and procured two fire arms and ammunition while another pistol was procured from Kolkata later," DCP crime branch Neelotpal.

The accused also tested their weapons by firing few rounds at Wadala Khadi area before the murder.

On February 12, when the accused planned to bump off Khan, four members of the gang took their position. They spent the night before at a place near Khan's residence waiting for him to step out. In the morning when he stepped out to answer nature's call, the shooter took positions while a watcher was impersonating as mechanical worker, and another person was ready to take the shooter out from the location.

While Khan was answering nature's call, a shooter fired at him however seeing him Khan jumped at him, at the same time another shooter fired at him from behind, said police. Total eight rounds were fired, of which three were missed. All the accused then fled from the spot, while the locals rushed Khan to the civic-run Sion hospital, where he died a day later.

Before dying, Amir took names of Sayeed and Parvez for attacking him, following which, both the local police and crime branch, launched a manhunt.

The crime branch unit 5 first picked up Sayeed Shaikh, 27 a shooter from Surat however there were no traces of other accused. The other two accused Afsar Shaikh, 23, second shooter and Saddam Shaikh, 25 a watcher were in touch with Sayeed over social media but were not ready to reveal themselves.

The crime branch officials chatted with the accused posing as Sayeed from his phone and lured them with train tickets to take them out of the city. Both didn't have money and were hiding somewhere in Dharavi.

The train tickets were arranged for them and they were nabbed as they arrived, Afsar was nabbed from Kurla while Saddam was nabbed from Kalyan as they came to board the train, said officials.

The other accused Sahil Shaikh, 24, a watcher, Shoeb Khan 20 and Yaseen Shaikh, 20 who were involved in conspiracy and disposing weapon respectively were nabbed from different parts of the city. From them, the crime branch officials have seized three fire arms, 22 live rounds along with a scooter. While a woman named Shama Shaikh, 39 who financed for the firearms was arrested by Dharavi police and later handed over to crime branch unit five which have taken over the investigation.

Two other accused Parvez Balwar, who was also a wanted accused in Santacruz double murder along with Kalim, is at large along with one Bilal, said police.

Read Also
Mumbai: Autorickshaw driver who was shot at in Dharavi, dies 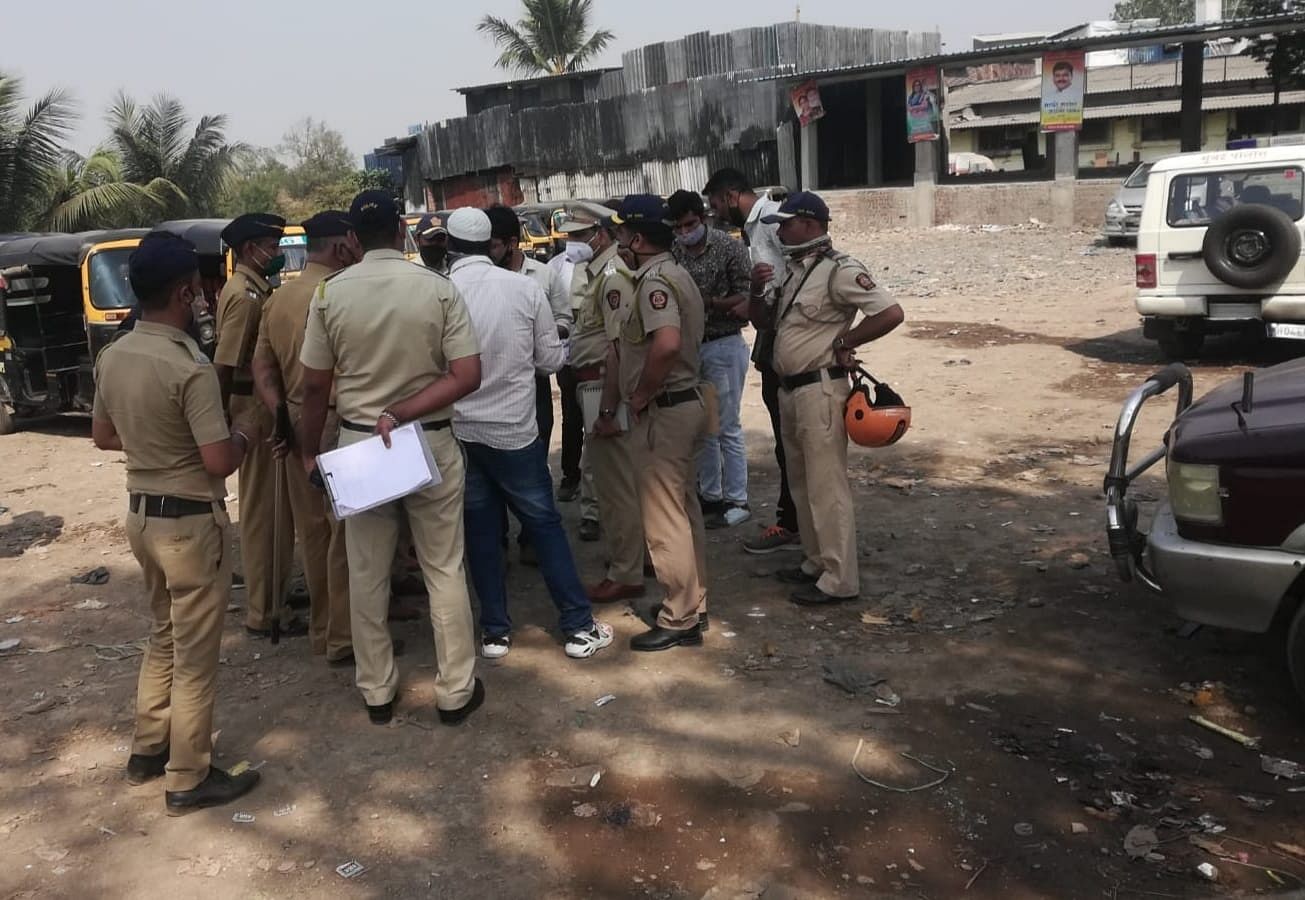