Catering to a nation with a population exceeding 1.3 billion, the passenger transport of Indian Railways faces a very high demand for seats and berths in trains. The demand-supply gap has widened over the years despite capacity augmentation by Indian Railways. This demand-supply gap has led to mushrooming of many touts who use different means to corner reserved seats and then sell them to the needy at a premium rate. The use of illegal software for cornering confirmed railway reservations online had adversely affected the availability of confirmed tickets to the common man.

RPF has been undertaking intensive and sustained action in a mission mode under the code name “Operation Uplabdh” against agents involved in the touting of railway tickets. Recently, based on pinpointed digital input supplemented by Human Intelligence, an RPF team succeeded in nabbing Rajkot-based Mannan Vaghela (travel agent) who was using illegal software to corner railway tickets in bulk. Further, another person named Kanhaiya Giri (super seller of illegal software COVID-X, ANMSBACK, BLACK TIGER etc.) was arrested from Mumbai based on information provided by Vaghela.

During interrogation, Giri revealed the names of other associates and admin/developer Abhishekh Sharma of Vapi, Maharashtra, who was also arrested. upon his arrest, Abhishekh Sharma confessed to having been the admin of all these illegal software to generate and procure railway tickets.

Based on the leads provided by the arrested accused persons, three others namely Aman Kumar Sharma, Virendra Gupta and Abhishekh Tiwari were also arrested from Mumbai, Valsad (Gujarat) and Sultanpur (UP) respectively. RPF is in search of a few more suspects involved in this case.

These accused persons were involved in the development and sale of illegal software using social media i.e. Telegram, Whatsapp etc. along with providing fake Virtual Numbers and Fake user IDs of IRCTC.

In course of legal action against all these accused persons in the case, 1,688 tickets valued at Rs. 43,42,750/- where the journey could not be started have been seized and forfeited.

In the past, they had procured and sold tickets worth Rs. 28.14 crores earning a huge commission from each ticket sold at a higher price than usual. This shows the extent of the generation of black money which could have funded other nefarious activities.

The inputs revealed by the accused are being examined threadbare by a team to plug the loopholes and take measures to stop such practice. This operation will continue in future. 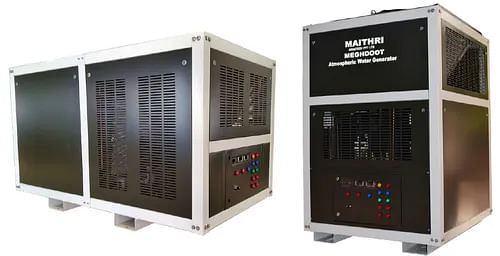 Mumbaikars, getting liquor from Goa? Beware, you may be charged with stringent MCOCA