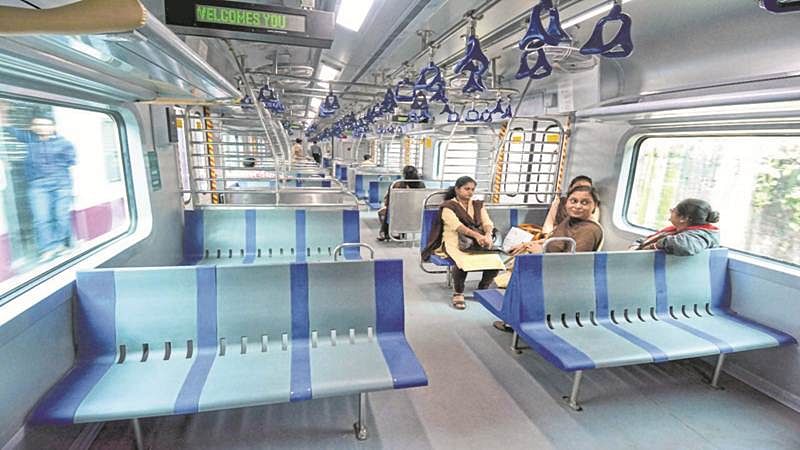 Mumbai: Partial AC WR local plan gathers steam, but there may be no first class

The Railways has sought the opinion of Mumbaikars on how they wish air conditioned (AC) locals to be -not only pertaining to the route, but also the desired fare, coach composition and schedule, amongst others. It has already proposed running semi-AC locals, which would consist of both AC and non-AC coaches.

The Central Railway (CR) prepared a multiple choice questionnaire on AC locals as part of this online survey. It can be taken by passengers, commuter bodies and associations, divisional and zonal railway users, consultative committees and railway officials. The survey first asks for personal information, such as name, age group, gender, mobile number, e-mail address and if one is a daily commuter or member of passenger associations.

It follows with questions on whether the person is a frequent traveller or not, which class does one travel by and if one buys season passes or daily tickets. “We want to understand whether people like to travel in AC locals and if they are ready to shift from private vehicles or road transport if we provide more AC local services,” said a senior railway official.

The rail authorities are also trying to gauge the mindset of people on the need of AC locals; be it for comfort, security and safety reasons. Railway authorities have provided 11 different routes on both Central and Western Railway and want to identify the most preferred routes. Here people can select upto 10 routes as well.

For a long time now, rail authorities have been contemplating introducing semi-AC local trains – a combination of both AC and non-AC coaches in a single train. However, the different views on patterns and combinations has delayed it.

“One of the biggest complaints from people has been that the Railways has replaced a non-AC train with an AC local at particular timings. Now, they have been asked if they are okay if the timings of normal trains have been replaced by AC locals,” said another rail official.

Railway authorities are also trying to understand when the AC locals would be most popular: during peak or non-peak hours or throughout the day after intervals. This will help in structuring the services properly. Plus, they have also sought views on improving AC train services. In December 2020, a similar survey was carried out to determine the preferred time of travelling and the frequency between Chhatrapati Shivaji Maharaj Terminus (CSMT) and Kalyan railway stations.