Heavy vehicular traffic has been stopped on the bridge since November 2013, as the steel structure of the bridge was heavily corroded.

The 155-year-old Carnac Bridge at Masjid Bandar near CST will become history after the government authorities are likely to begin the process of demolishing it this month because of its unsafe condition.

Sources in the Central Railway said that this month Hancock Bridge will be opened, and Carnac Bridge will be shut down, after which its demolition will begin.

The rail authorities have appraised the Mumbai Traffic Police about the deterioration and unsafe condition of the Carnac Bridge.

“We have informed about the urgency to dismantle the Carnac Bridge. Considering the repercussions on road traffic, the Traffic department is of the opinion that the permission to close the Bridge should be given after the opening of Hancock Bridge,” said an official of Central Railway.

Sources said that a request has been made to Mumbai Police to grant NOC for the closure of Carnac Bridge from mid-July.

“It is expected to start the dismantling of Carnac Bridge by mid-July and simultaneously, we also expect that Hancock Bridge to be opened for road traffic. Initially, minor blocks with no repercussions on railway traffic will be operated and after a few months, major blocks are proposed while carrying out dismantling of the Carnac Bridge,” added the official from CR.

Earlier this June, the Free Press Journal reported on the urgency to demolish Carnac Bridge. The CR authorities have claimed that during a recent inspection of this bridge, a distress sign was noticed in its structure and was found that it is not safe for traffic. The ROB needs to be dismantled as a top priority, considering the safety of rail and road traffic.

Heavy vehicular traffic has been stopped on the bridge since November 2013, as the steel structure of the bridge was heavily corroded.

After a safety audit by IIT Bombay in 2018, it was recommended that the ROB is to be closed and reconstructed. The Railways have carried out urgent safety repairs so that the bridge remains safe till it’s dismantled. Until now, even after several joint inspections and meetings, the issue of closure of Carnac ROB has remained unsolved. 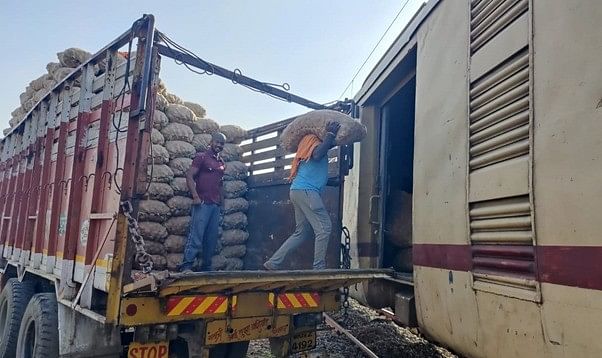