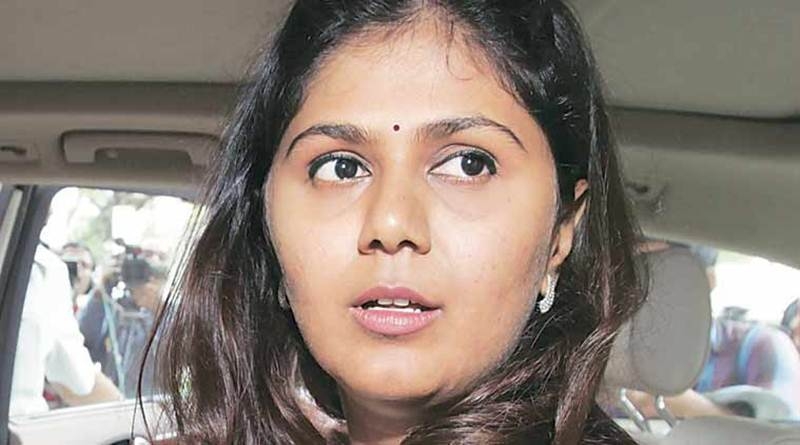 Mumbai: Opposition leader Dhananjay Munde has accused the women and child development minister Pankaja Munde of allegedly purchasing mobile phones at Rs 6,000 apiece and valuing them at Rs 8,877 while submitting a bill to the government.

The mobile phones in question, which were purchased for anganwadi sevaks, are allegedly overpriced and hint at a mobile scam, said Dhananjay Munde at a press conference on Thursday. He also alleged that the  amounted close to Rs 106 crore and demanded a judicial enquiry in the case.

On February 28 this year, it was decided to procure Android phones for 1.20 lakh anganwadi sevaks, including workers, the chief secretary, supervisors and others. Accordingly, Panasonic mobile handsets were ordered at Rs 8,877 per handset, totalling Rs 106 crore. Dhananjay Munde claimed, the handsets, priced at Rs 8,877 each, are available at a much cheaper rate, between Rs 6,000-Rs 6,500 online.

He alleged that the government rushed into the decision of procuring 1.20 lakh handsets without proper research of its market value and there was corruption writ large over the entire deal. “When a better handset with better specifications and technology was available in the market, why go with a company whose phones are unavailable in the market?”

He further added, the company’s manufacturing unit has been shut for the past four months, so why would the government splurge Rs 106 crore to buy old and outdated mobile handsets. Further, Dhananjay Munde pointed out that the company, which has been given the task of supplying mobile phones worth Rs 106 crore, had an authorized share capital of only Rs 5 crores 50 lakh, with a paid-up capital of only Rs 4.92 lakh.

However, the women and child development department of the state government has clarified that the mobile phones are being procured to help workers upload children’s nutritional information, which needs a specific software, 32GB memory card to retain the information, a dust-proof pouch, a screen protector and other materials for protecting the mobile.

The collective cost of the phone and its accessories has amounted to Rs 106 crore, not just the handsets. Moreover, acting on the central government’s orders, five per cent of the required handsets, about 5,100 extra handsets, had been ordered as buffer stock, in case of emergencies or technical snags.