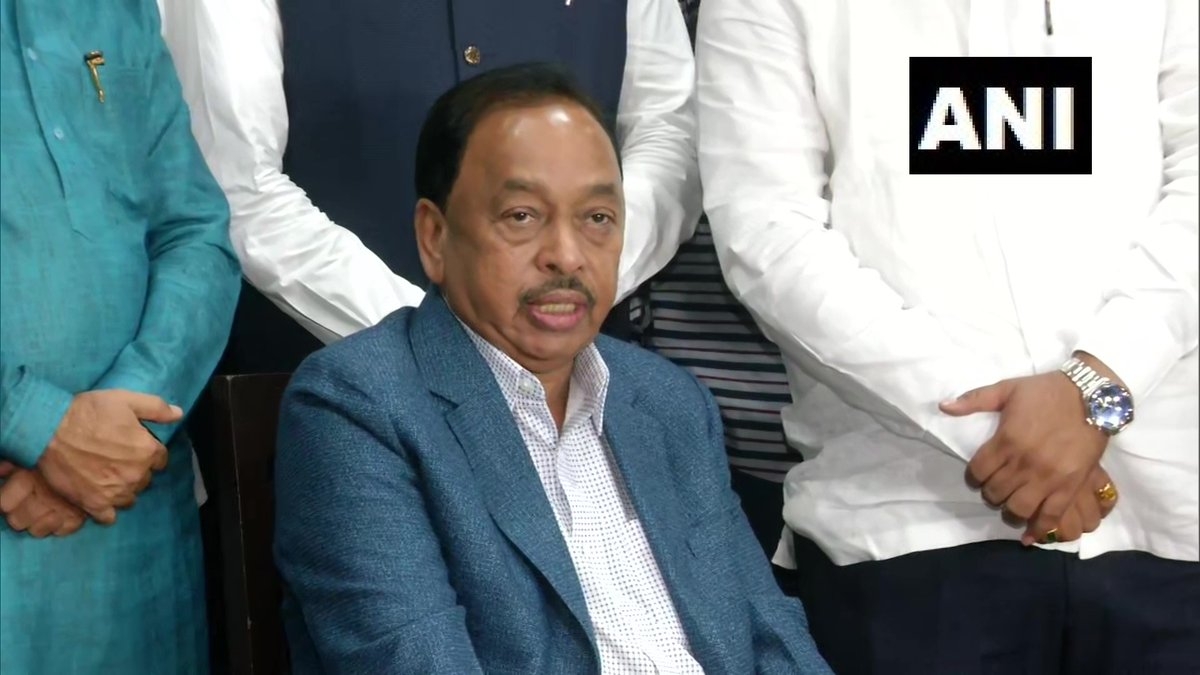 Rane, who is diabetic, went to the Lilavati Hospital, two days after he was arrested for his controversial remarks against Maharashtra Chief Minister Uddhav Thackeray and later granted bail.

"He is in the hospital for a routine check-up and not admitted," BJP legislator Prasad Lad said.

Earlier this week, Rane sparked off a row over his remarks about slapping CM Thackeray for what he claimed as the latter's ignorance of the year of India's independence.

His remarks had led to protests across Maharashtra.

The Shiv Sena and BJP activists also clashed with each other near his residence in Mumbai on Tuesday.

On media reportage of his 'imminent arrest' in the case, Rane had said hours before his arrest that he was not a 'normal' (ordinary) man and cautioned the media against such reportage.

The editorial in 'Saamana' said, "Since Rane is not a normal person, he undermines the pride and prestige of Maharashtra. The BJP should at least understand now." It claimed that Rane has said Maharashtra can't fight the Centre since there is a BJP government.

"Even Maharashtra's enemies did not undermine the state like Rane did," the Marathi daily said.

It said action against Rane over his remarks against the CM was done as per the law.

"Law is same for everyone - be it a normal or an abnormal person. At least now the BJP should not ask if the rule of law prevails in the state," said the Sena, which shares power with the NCP and Congress in Maharashtra.

It said a case was filed against Rane, like it would have been done in any other case.

"Someone threatens a person, who then files a case under the IPC and then police act as per the procedure...nothing different happened in Rane's case. Hence, the opposition BJP's claim of a Talibani rule in the state is baseless," it said.

Notably, Leader of Opposition in the state Assembly Devendra Fadnavis on Tuesday said the BJP does not support Rane's comments, but the "party stands behind him 100 per cent".

Alleging that the state police force was being used as a tool for "vendetta politics", the former chief minister had said there should be law and order and "not Taliban-like governance".

The Marathi publication said Fadnavis supports Rane, but not his threat to the chief minister. "This wasn't expected from Fadnavis, who is a lawyer by profession," it said.

"If Rane stops considering himself as great, a lot of problems in his life will be resolved without medication," it quipped.

"If Rane thinks he is great because of his induction into the Union cabinet, then Prime Minister Narendra Modi will surely bring him down from the pedestal," the editorial claimed.

It said Modi considers himself a "fakir", while Rane thinks he is great.

"Surely, Rane's days in the Union cabinet are numbered and Fadnavis will have no doubt about this in mind," the Thackeray-led party said.

It also said the Shiv Sena and the BJP differed earlier on several occasions, but the kind of clashes that took place following Rane's comments and arrest never happened before.

"Rane and his supporters in the BJP are responsible for this," the edit claimed.