Two unknown persons had fired some shots in the air and fled leaving behind a note threatening to kill those who plied their wares outside Gazebo shopping plaza in Bandra.

Two bike-borne assailants had opened fire outside the shop on the bustling street, and thrown a letter on the ground before fleeing the scene | File

Mumbai: A day after three gunshots were fired outside the Gazebo Shopping Center in Khar, sparking off panic in the area, the Khar police have found that the store wasn't even the target of the assailants.

Two bike-borne assailants had opened fire outside the shop on the bustling street, and thrown a letter on the ground before fleeing the scene. The letter, in Hindi, simply said, "whoever does business here will be killed."

An officer, who is part of the investigation, said, "The space outside the shop is a prime location for illegal street hawkers, as it allows access to everyone going to and coming from the Kenilworth Mall, which houses several famous fast food chains and pubs. Inquiries have revealed that there was a dispute between two parties regarding the space outside the Gazebo, which had been going on for several months."

The police have verified this with several shop keepers and hawkers in the area, who have all confirmed that the dispute had been brewing for a long time.

The Free Press Journal reached out to one of the shop owners in the same row, who only said, "This issue is over the road, not the shop," and declined to say comment further.

The police are now making inquiries with all the street hawkers operating in the area, as well as identifying their leaders for the same purpose. Closed Circuit Television (CCTV) camera footage of the spot is still being examined for clues.

As of Friday, the police had not found the spent cartridges of the rounds fired by the accused, and the possibility of the gun being a toy or an air gun has not been discarded, said sources.

However, the police have identified two suspects who are likely to have been involved in the offence, and are trying to trace and apprehend them.

"It is too early to say what exactly their roles were, but they are definitely suspects," another officer said. 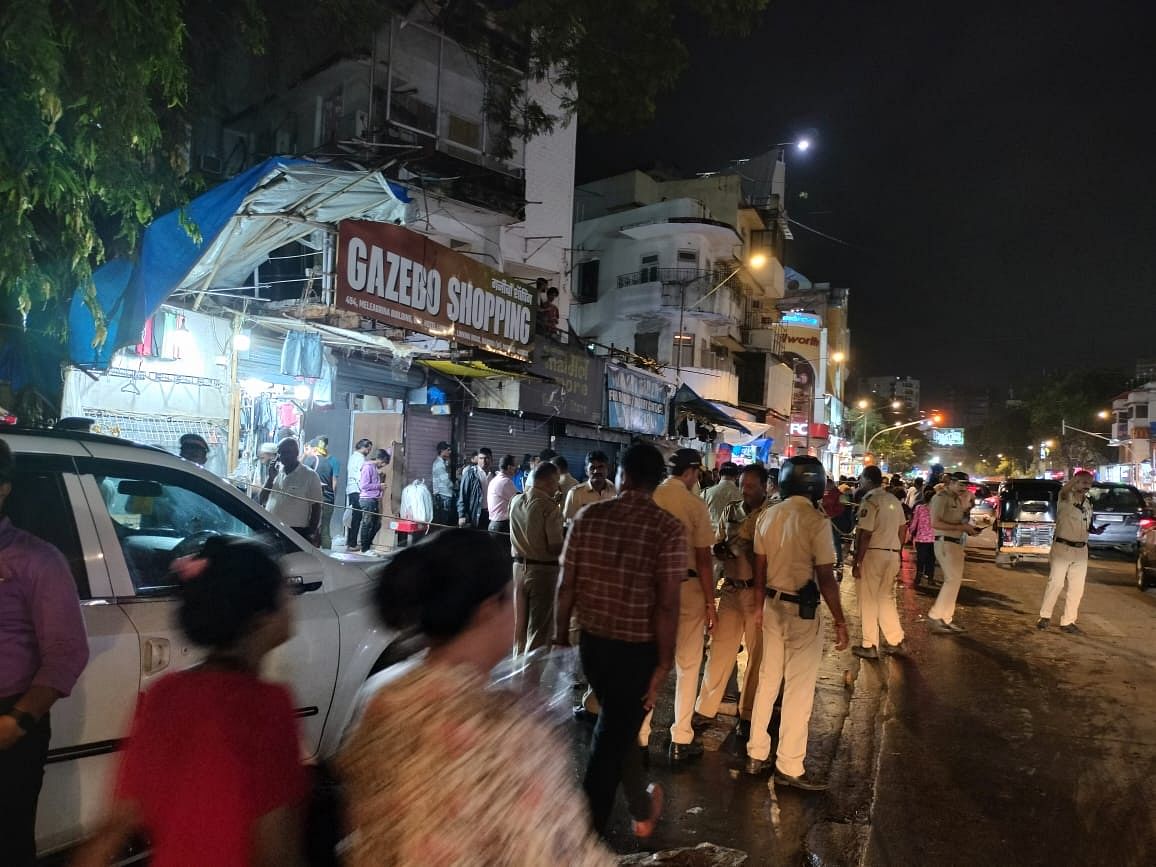