Khan, 81, breathed his last at the Kokilaben Dhirubhai Ambani Hospital around 3 p.m. Commissioned as an IPS officer in the Maharashtra cadre in 1963/66, Khan served the state police in various capacities before taking premature retirement in 1997 and entered into private security services business.

"He was a firebrand officer and used to lead from the front with the officers. He was not someone who would give orders sitting comfortably in an air-conditioned office," says retired assistant commissioner or police (ACP) Iqbal Sheikh. Sheikh had worked with Khan in some of the important operations in 90s.

Recalling the infamous Swati Building encounter episode, Sheikh said, "On November 16, 1991, 7 gangsters, including Maya Dolas, Dilip Buwa, Anil Pawar and others who were heavily armed with AK-47s and other weapons, were killed in the Swati Building. The operation lasted four hours and Khan had spearheaded this operation."

Subsequently in 2007, the encounter became the subject of a major Bollywood flick, "Shootout At Lokhandwala" in which Khan played the brief role as the then Commissioner of Police S. Ramamurthi.

"On December 04, 1990 a Khalistan Commando Force operative and his associate had killed a sub-inspector and two constables on duty at Kanjur Marg. We conducted an operation in Baroda and shot the accused involved in the case," said Sheikh.

The ATS was made a dedicated post in the police machinery in early 2000 and IPS officer KP Raghuvanshi took charge as ATS chief and the agency went onto detect and probe some of the biggest terror related cases. 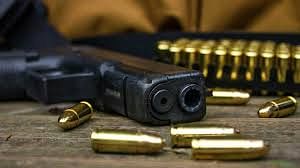