The family claims they were falsely implicated by the police and requested an inquiry.
Faisal Tandel 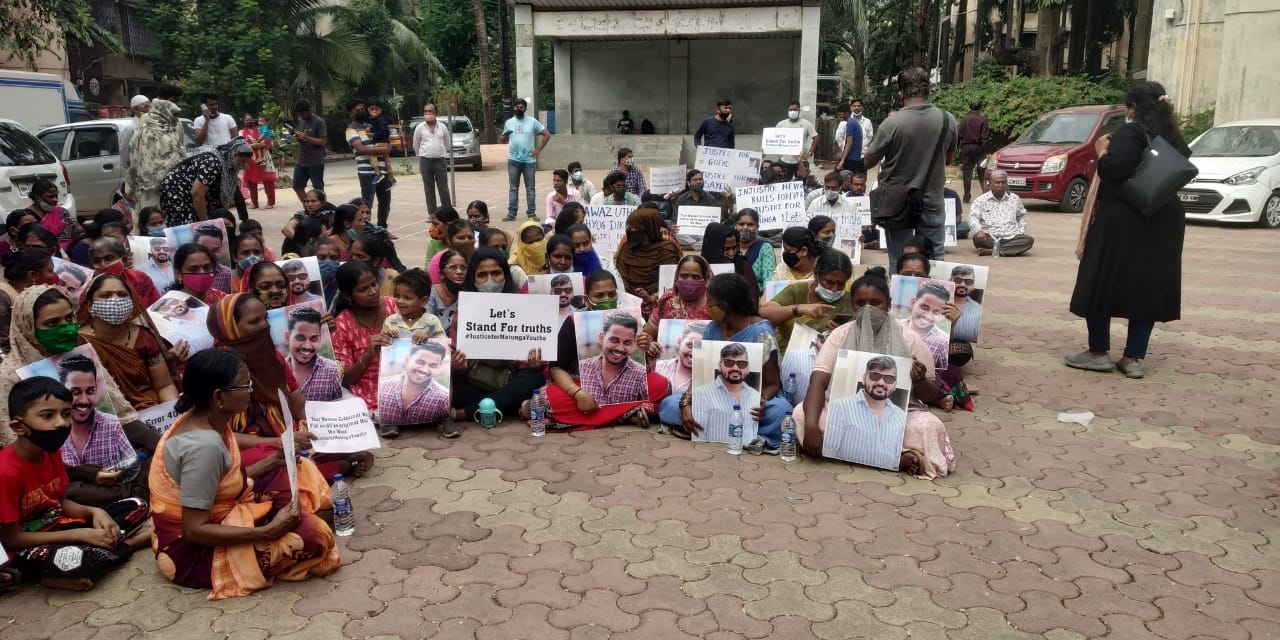 Four days after the two working professionals from the Shahunagar area were held with Mephedrone (MD) worth Rs 60 lakhs and a country-made revolver, their families, relatives and friends have staged a protest outside Shahunagar police station on Tuesday demanding justice. The family claims they were falsely implicated by the police and requested an inquiry.

Hundreds of relatives of the two protested outside the police station from afternoon to 4 pm by holding postcards and sitting silently around 500 people stage protest demanding justice in the false case registered against them.

"We earlier carried out a signature campaign in the vicinity and collected around 2,000 signatures. On Tuesday, we staged a silent protest and gave a memorandum to the senior police inspector. A written complaint was given to the Mumbai police commissioner. We are fighting the legal battle for their release. But we want an inquiry in the case and against the investigation officer. At 4 pm, the police officer from Shahu Nagar came and informed us that they will reply to us about the complete case and charges within two days. However, if they don't reply within two days,m we will go walking till the commissioner office for justice of the two," said Sadik Sayed Faruddin brother of one of the accused who is framed.

The police have also taken the statement of Sayed's finance who claims she was receiving threat calls from an unknown number suspected to be a drug peddler. The calls to her stopped after the arrest of her finance. She claims the caller was threatening her not to marry Sayed.

Pranay Ashok, Deputy Commissioner of Police, Zone 5 said, "As far as the case is concerned, it is a genuine case registered against them. We don't want any innocent to be put in jail. However, we will carry out a complete investigation into the matter. Also, an inquiry will be carried out in the investigation of the case and its facts. If anything comes up action will be taken accordingly," he added.

The two Faqrudin Sayyed (30), and his friend Gopal alias Gopi Arunachalam Mooponar (22) were arrested from Sayyad's house on Saturday when Shahu Nagar police conducted a raid.

The police said that they had recovered 485 grams of MD worth around ₹60 lakh along with a country-made revolver and around. The two were produced before the court on Saturday which remanded them the police custody till December 1.

Both are residents of Matunga Labour Camp, Sayyad who stays with his father and his younger brother is a sales executive with a multinational electronics company, while Gopal has a cable operator business.

According to their relatives, a courier boy allegedly came with a parcel around 8.30 pm on Friday and kept it with a Pan shop below Sayyed's house as he was not there, however, 30 minutes later, the courier boy returned and took the parcel back from the pan shop.

Meanwhile, Sayyed returned home, around 9.30 pm a police team from Shahu Nagar barged into his house and allegedly recovered the narcotic drug and the weapon.

Sayed claims both of them are clean and don't even have a criminal case against them neither they have any addictions.